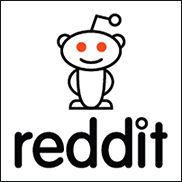 A spokesperson for Reddit said that Pao's resignation was by mutual consent and they reported that Steve Huffman, founder and the original reddit CEO, would be returning as CEO.

In recent months, Pao had overseen a number of unpopular decisions, including the removal of several controversial subreddits, and the termination of popular Reddit employee Victoria Taylor, who acted as a public face for the site, and handled the site's popular Ask Me Anything sessions, where celebrities and public figures field questions from Reddit users. In the past year, Taylor had overseen AMAs from Barack Obama, Gordon Ramsay, Bill Gates, Elon Musk, Edward Snowden and Neil DeGrasse Tyson among numerous others.

Taylor's exit in particular aroused the ire of Reddit users, with many popular subreddits shuttering in protest and leading more than 200,000 of the site's users to sign a petition calling for Pao's removal.

If you are unfamiliar with Reddit, the site serves as an aggregation service, allowing users to post and discuss subjects of interest on topical forums known as subreddits. The site is one of the largest of its kind on the internet, with more than 160 million regular users. Popular subreddits, include news, politics, technology and the aforementioned Ask Me Anything. – Staff Writers