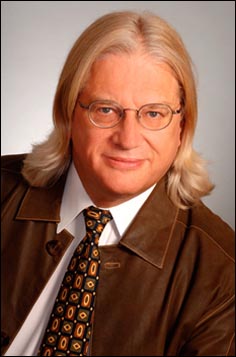 TORONTO (CelebrityAccess MediaWire) — An evening of song and story will occur on Monday, January 12th, in Toronto’s famed Hugh’s Room when the Canadian Music Industry will come together to remember and celebrate the life of Doug Kirby, CEO of Live Tour Artists, Inc. who passed on December 25th, 2008 after a prolonged illness.

Always the driving force of Live Tour Artists, Doug conceived and created the company in 2000 with former partner Darcy Gregoire. Doug’s impact on the Canadian music industry since the 1960’s radiated across the country involving thousands of artists, managers, and music industry people at all levels.

“I was honored to be asked to speak on behalf of my PR peers," said Richard Flohil, “Doug provided proof that the term 'honest agent' is not an oxymoron. He was smart, funny, and he had a grasp on new communications technology that surprised folk outside his immediate circle. Right now, he's probably fussing that this evening goes well, and that it's a happy, joyful celebration of the behind-the-scenes difference he made to Canadian music."

“Fifteen years ago, Doug Kirby signed me to book my first cross Canadian tour,” said blues sensation, Rita Chiarelli. “I remember saying to Doug – “yes, I would love for you to book me – do whatever you have to, but don’t lie to me” – he called me very early one Saturday morning – 1 am early, and said, “I’m having a horrible time booking you – how’s that for telling the truth?” I still laugh when I recall that conversation,“ said Chiarelli. “But he did book me, and everywhere I performed, the venue owners told me, they took a chance on me because of their relationship with Doug Kirby. I’ll never forget that — or him — and to perform for him one last time is my thank you to Doug for everything that he did.”

Other musicians that share the same sentiment who will also take the stage, include Carlos del Junco, Charlie A’Court, and Lunch at Allen’s featuring Marc Jordan, Murray McLauchlan, Ian Thomas and Cindy Church.

In memory of Doug Kirby donations can be made to The Harris Institute of the Arts where a scholarship will be set up in Doug’s name. Selected in the US as one of Mix Magazines, “finest media art institutions”, the college’s 125 students are taught by 68 industry leaders – Doug Kirby having been one of them. Celebrating 20 years of excellence in music business and audio education, graduates who have come from over 70 countries worldwide are playing leading roles throughout the industry. “Doug’s life was music,” stated Joan Kirby, “it was his chosen profession – his passion. To have his life live on through a scholarship at The Harris Institute of the Arts is something he would have been very proud of. Our family is truly grateful to John Harris for setting this up.”

Given Doug’s popularity, the celebration at Hugh’s Room will be a night to attend and remember. It is recommended to RSVP. –by Larry Leblanc

For RSVPs and donation information email Irene Carroll at irene@iseeassociates.ca