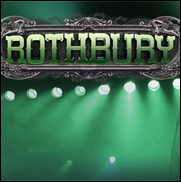 ROTHBURY, Mich (CelebrityAccess MediaWire) — A federal judge has opted to delay until Thursday, the decision to approve a lease allowing for a return of the Rothbury Music at the Double JJ Ranch and Resort in Oceana County, the Muskegon Chronicle reported. The judge had initially been expected to issue a ruling on Monday, but the complex nature of the bankruptcy case prompted Judge Jeffrey R. Hughes to delay his ruling.

The Double JJ Ranch and Resort served as the home for the inaugural edition of the festival last year. Produced by AEG and Madison House, the festival drew more than 40,000 fans with a lineup that featured Dave Matthews Band, Widespread Panic, John Mayer, 311, Modest Mouse Primus, Michael Franti and Spearhead, Thievery Corporation, STS9 and others.

The festival was considered a success, but scant days after the conclusion of the event, the resort was slapped with a $18-million foreclosure lawsuit and subsequently filed for chapter 11 bankruptcy protection. Festival organizers now need the judges' approval to sign a new lease agreement with the court-appointed trustee. The property is expected to be sold but such a sale is unlikely before the anticipated 2009 festival date. Most observers expect that the judge will grant the request but we'll need to wait until Thursday to find out. – CelebrityAccess Staff Writers