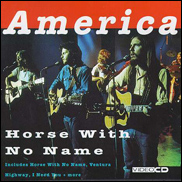 LOS ANGELES (CelebrityAccess MediaWire) — “We’re honored that Michael Jackson chose to record it and we’re impressed with the quality of the track. We’re also hoping it will be released soon so that music listeners around the world can hear the whole song and once again experience the incomparable brilliance of Michael Jackson.”

Dewey Bunnell and Gerry Beckley of the legendary rock band America released this statement today after a snippet of an unreleased Michael Jackson track ‘Place With No Name’–a derivative version of the iconic 1971 America hit “Horse With No Name” that was written by Bunnell–surfaced yesterday on the Internet and made news around the world.

“Place With No Name” features a prominent sample of “Horse With No Name” and contains different lyrics that are in the spirit of the original. “Michael Jackson really did it justice and we truly hope his fans–and our fans–get to hear it in its entirety. It’s really poignant,” say Dewey and Gerry.

This is not the first time the music of America has been connected with the Jackson family. In 2001 Janet Jackson had a worldwide smash hit with “Someone To Call My Lover,” which sampled America’s smash hit “Ventura Highway.” Another Janet song, “Let’s Wait Awhile” from her 1987 Control album, had similarities to the America song ”Daisy Jane.”
–by CelebrityAccess Staff Writers