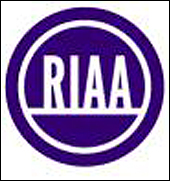 Leodler comes to the RIAA with 23 years of leadership and operational experience as a special agent with the FBI, most recently as the Special Agent in Charge of the FBI's San Diego office.

"Kathy’s tremendous experience directing teams in sensitive and complex domestic and international investigations is supreme," said Brad Buckles, Executive Vice President, Anti-Piracy, RIAA. "Her ability to utilize sophisticated techniques and tactical response will be a huge asset to the hard work we do to further our mission."

Exactly what the RIAA's anti-piracy unit does isn't entirely clear, especially as recorded music increasingly moves away from the medium of compact disks. Leodler's appointment likely signals that the RIAA does not intend to stray far from its current methods of vigorous pursuit and litigiation of suspected pirates which has thus far been more of a head-in-the-sand approach for the RIAA rather than a viable solution to their problems. – CelebrityAccess Staff Writers