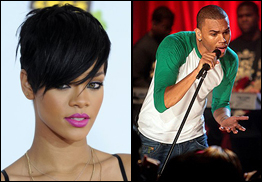 MANILLA, Philippines (CelebrityAccess MediaWire) — Hot R&B performers Chris Brown and Rihanna are set to rock Manila on November 15th and a recent article by local newspaper, Philippine Daily Inquirer, offers a glimpse at some of the logistical challenges that the events producers needed to overcome to make the gig happen.

The event, produced by Philippines and Globe Telecom may well be the nation's highest profile concert featuring international performers this year. The first hint of trouble reared when Browns' managers demanded talent fees equal to what Rihanna was getting for the gig, a request which proved to be unacceptable to Rihanna's management.

Further controversy was reportedly engendered by the hotel accommodations.

MTV Lumens elaborated, telling the Daily Inquirer "Ideally, artists featured in the same show should be billeted in the same hotel, for efficiency. In this case, the hotel has only one presidential suite—which will, of course, be given to the bigger star."

The ultimate resolution of these sticky wickets is not entirely clear except for the cryptic comment by Music Management International's Rhiza Pascua, MTV Philippines talent buyer, who noted that Brown's management was easier to please in the end. – CelebrityAccess Staff Writers