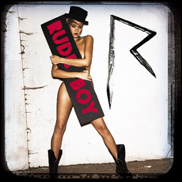 LOS ANGELES (CelebrityAccess MediaWire) — Rihanna, in the midst of her 4th critically-acclaimed album release Rated R, a #1 single with "Rude Boy," and an upcoming international tour, has confirmed dates for her 2010 North American tour, Last Girl On Earth. The multi-platinum and Grammy award winning superstar, who recently broke a Billboard record with her current number one single "Rude Boy," becoming the only female artist of the past decade to have six #1 singles on the Billboard Hot 100 chart in the United States, will be joined by rising star Ke$ha and female rapper Nicki Minaj, who will open all dates on the Live Nation produced tour.

Rihanna's Last Girl On Earth tour will make 25 stops, at mix of top amphitheaters and arenas throughout North America this summer, beginning on July 2nd at the White River Amphitheater in Seattle through August 25th at the United Center in Chicago, with more dates to be announced soon.