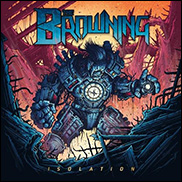 MILAN, Italy (CelebrityAccess) — Electronicore duo The Browning have been forced to cancel their European tour after they reported being robbed while on tour in Italy.

According to group founder Jonny McBee, The Browning was in Milan for a show and while waiting for load in time, they visited a local mall for dinner. While they were inside, they report that thieves broke into their van, stealing their laptops, which included all of their music files, as well as and 4 separate external hard drives and clothing.

"The Browning is a 100% self produced band. I create the electronics and write all the songs on my computers, then send the files to Cody [Stewart] (via hard drive), where we mix and master it on his computer. All of our computers, and back up hard drives were taken, and no-one else on the planet has these files. For The Browning to play another show ever again, I will 100% have to recreate all of our songs/electronics from scratch, with a computer, samples, plugins, synths, ect…. that I now do not own. Every single thing I've ever created in my life is now gone," McBee wrote.

"This will be incredibly difficult to recover from. Cody and I both make 100% of our living on the computers that were stolen. Not only did we lose our computers but we lost irreplaceable files and the past 9 years of my life's work gone, potentially damaging The Browning forever," he added.

Following the desolation of the purported robbery, the band set up a GoFundMe page to allow their fans to help them get back on their feet. Hopefully they use some of the pledged money to invest in cloud backups. – Staff Writers