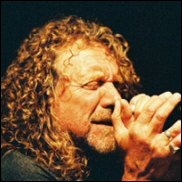 LONDON (VIP-NEWS) — Led Zeppelin frontman Robert Plant has scotched rumors that he is to tour with the band, describing speculation as "frustrating and ridiculous".

Last week, The Sun newspaper reported that he had agreed to a reunion tour.

But he has not and will not go on the road with anyone for at least two years after finishing US dates with Alison Krauss on 5 October, a statement said.

"Contrary to a spate of recent reports, Robert Plant will not be touring or recording with Led Zeppelin," it said.

"Anyone buying tickets online to any such event will be buying bogus tickets."

The rock legends got back together for a one-off concert, their first for 19 years, in London last December.

At the time, promoters said 20 million people tried to register for tickets as soon as they became available.

Speculation has since been rife that the surviving members of the band, with Jason Bonham, son of their late drummer John, would hit the road for a highly lucrative tour.

"It's both frustrating and ridiculous for this story to continue to rear its head when all the musicians that surround the story are keen to get on with their individual projects and move forward," Plant said.

"I wish Jimmy Page, John Paul Jones and Jason Bonham nothing but success with any future projects."

Plant has been reluctant to consider other projects during his fruitful collaboration with bluegrass singer Krauss.

Their album Raising Sand has earned them a Grammy Award and a Mercury Music Prize nomination, among other honors.

The other band members, meanwhile, are believed to be keen to work together again.

In August, Jason Bonham told a US radio station that he had been working on new material with Page and Jones.

The Sun has also reported that the trio have auditioned new singers to replace Plant on tour.