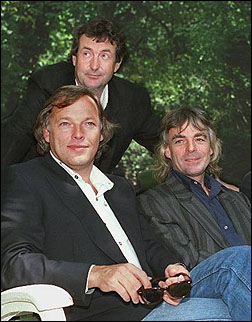 A rock star is giving over £3 million from his own pocket to bring affordable homes for 400 people to one of England's most expensive areas.

The project was inspired by a similar scheme, Common Ground, in New York where companies such as Ben and Jerry's provide work and training for residents.

Other facilities for the previously homeless would include education centres and drugs counselling.

Although a site has not yet been identified, the plan is to build self-contained flats for 200 key workers and 200 homeless people within four years.

Mr. Gilmour is being named as vice president of homeless charity Crisis at its east London headquarters on Tuesday.

He will use the opportunity to announce the plan to raise £10m towards the centre, with the help of health charity The King's Fund.

Crisis calculates there are currently 400,000 single homeless people in England, including those staying in hostels, B&Bs, squats or friends' floors.