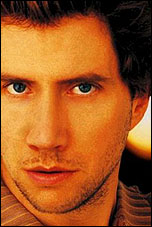 LOS ANGELES (AP) — A woman who was the target of a prank on the television show "JKX: The Jamie Kennedy Experiment" has filed a lawsuit, claiming the event left her depressed and fearful of crowds.

Thea Robinson claims in her lawsuit, filed Thursday in Superior Court, that she received a call from a temporary agency setting up a Sept. 26 job interview at a Woodland Hills restaurant.

Unbeknownst to Robinson, the "restaurant manager" was Kennedy, the actor-comedian who has appeared in the "Scream" trilogy and other films and now hosts a WB series in which unsuspecting people are ambushed by pranks.

Shortly after Robinson's purported "interview" began, the lawsuit states, Kennedy, 32, and two "patrons" at the restaurant became involved in a heated exchange. All were employed by the TV show.

When the dispute escalated into a brawl that sent table settings and glassware flying, Robinson tried to leave the restaurant. But realizing she'd left her resume, she returned to the dining room and saw two people who "looked injured," according to her lawsuit. When she tried to leave again, "everyone in the room burst into applause and laughter," with some shouting, "You've been Xed!"

Robinson's lawsuit says she was "in a complete state of shock." In the six months since the prank, Robinson said she has "suffered confusion, paranoia, depression, anxiety and fear of crowds and unfamiliar situations," according to the lawsuit.

Warner Bros. Television referred calls to Big Ticket Television, the show's producers. A call to that firm was not immediately returned.

Attorney Gloria Allred said Robinson had "pre-existing health problems that make her particularly susceptible … to this type of victimization."

The lawsuit alleges fraud, unfair business practices, invasion of privacy and intentional infliction of emotional distress, among other accusations, and seeks general, compensatory and punitive damages.