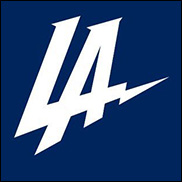 SAN DIEGO (CelebrityAccess) — It's official: the Chargers, who have called San Diego home for the past 57 years, are heading for Los Angeles.

News of the move, which has been rumored for some time, was made official on Thursday morning when team owner Dean Speros released a statement confirming the team's plans to join the L.A. Rams in a new Inglewood Stadium.

"After much deliberation, I have made the decision to relocate the Chargers to Los Angeles, beginning with the 2017 NFL season," Spanos wrote. "San Diego has been our home for 56 years. It will always be part of our identity, and my family and I have nothing but gratitude and appreciation for the support and passion our fans have shared with us over the years. But today, we turn the page and begin an exciting new era as the Los Angeles Chargers.

"L.A. is a remarkable place, and while we played our first season there in 1960 and have had fans there ever since, our entire organization knows that we have a tremendous amount of work to do. We must earn the respect and support of L.A. football fans. We must get back to winning. And, we must make a meaningful contribution, not just on the field, but off the field as a leader and champion for the community. The Chargers are determined to fight for L.A. and we are excited to get started."

"For more than a decade, the San Diego Chargers have worked diligently toward finding a local stadium solution, which all sides agreed was required. These efforts took on added intensity in the last two years. A year ago, NFL owners granted the Chargers an option to move to Los Angeles. Rather than immediately exercising that option, the team spent the past year continuing to work on finding a stadium solution in San Diego.

"The Chargers worked tirelessly this past year with local officials and community leaders on a ballot initiative that fell short on election day. That work – and the years of effort that preceded it – reflects our strongly held belief we always should do everything we can to keep a franchise in its community. That's why we have a deliberate and thoughtful process for making these decisions.

"Relocation is painful for teams and communities. It is especially painful for fans, and the fans in San Diego have given the Chargers strong and loyal support for more than 50 years, which makes it even more disappointing that we could not solve the stadium issue. As difficult as the news is for Charger fans, I know Dean Spanos and his family did everything they could to try to find a viable solution in San Diego."

The Chargers had initially sought to relocate to Los Angeles last year, but the league instead allowed the then St. Louis Rams to head to L.A., while giving Spanos a year to exercise an option to join the Rams at a new stadium being built in Inglewood, Calif.

The Chargers sought permission to move to Los Angeles last year, but NFL owners instead approved the relocation of the Rams to Los Angeles from St. Louis. Owners gave Spanos one year to exercise an option to join the Rams at a new stadium being built in Inglewood, Calif.

While the Rams played their 2016 season at Los Angeles Memorial Coliseum, the Chargers will take up temporary residence at the StubHub Center in Carson, Calif. Formerly known as the Home Depot Center, the StubHub Center is 27,000-capacity soccer stadium located on the campus of California State University, a significant step down from the 70,500 capacity of their former home at Qualcomm Field.

The team expects to be the new City of Champions Stadium in time for the 2019 season. – Staff Writers