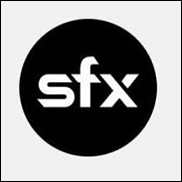 NEW YORK (VIP NEWS) — SFX Entertainment has confirmed that it will be reducing its New York staff by approximately 50 employees.


Impacted employees have been provided 90-days’ notice and will continue to earn full salary and benefits during their employment.


The company says it is ‘offering scheduling flexibility and other assistance via its existing Employee Assistance Program’.


SFX filed for voluntary Chapter 11 bankruptcy in the US in February, looking to wipe $300m of debt from its balance sheet as it was removed from the New York Stock Exchange.


Its international operating subsidiaries were not included in the filing, with boss Robert Sillerman agreeing to step down as CEO but remain as Chairman.


A group of ‘ad hoc bondholders’ agreed to provide SFX up to $115m in DIP (debtor-in-possession) financing, allowing the firm to operate as normally as possible as it transitioned into a privately-owned organization.


In an update this week, SFX said it expected to emerge from Chapter 11 in summer this year.


It also said that it was making progress on the ‘sale processes for the Company’s Beatport, Fame House and Flavorus subsidiaries’.


Effective April 1, 2016, Mike Katzenstein of FTI Consulting, Inc., who has been serving as SFX’s Chief Restructuring Officer, has taken on the additional role of Interim Chief Executive Officer.