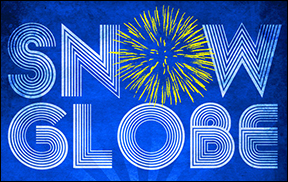 LAKE TAHOE, NV (CelebrityAccess) — Organizers for the SnowGlobe Music Festival are making a pitch to keep the event in Lake Tahoe for the long term.

According to Lake Tahoe Daily Tribune, a proposed agreement, City Council Tuesday by SnowGlobe founder Chad Donnelly, would see the festival stay in Lake Tahoe for the next five years with an option to extend to a full decade.

As a part of the deal, the festival would eliminate the financial contribution the city makes to the event, and would instead require the festival to contribute approximately $30,000 to the city annually. In 2016, the City of Lake Tahoe had voted to increase its financial support of the festival to $35,000 a year, increasing by $5,000 per year up to $50,000, the Daily Tribune said. Under the new deal, Donnelly proposed adding a gradually increasing ticket fee that started at 50 cents and gradually rose to $1.50 with the proceeds going to the city.

In exchange, Snow Globe organizers sought a long-term commitment from the city on the use of the Community Playfield. Donnelly told the City Council that he anticipates investing site-specific equipment to help mitigate sound issues and damage to the playfield.

"I think a number of the issues that we've addressed over the years — sound and traffic — I think we've done a good job of responding to those, and what this 10-year agreement would allow us to do is invest in the success of this event," Donnelly said during the meeting, according to the Daily Tribune.

The City Council ultimately recommended that a contract with the proposed changes be drafted n anticipation of a vote.