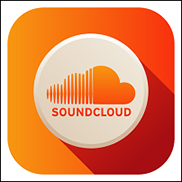 (Hypebot) – SoundCloud has closed an emergency round of funding that will allow the struggling streamer stay online, Co-founder and CEO Alex Ljung will step aside as a new leadership team takes control.

SoundCloud has closed a reported $169.5 million emergency in funding that allows the struggling streamer and audio hub to stay online. Co-founder Alex Ljung will leave his CEO role, but continue to serve as chairman,

"Recently you heard me say SoundCloud isn’t going anywhere. And today I’m here to tell you the exact same thing once again. In all caps," Ljung wrote to SoundCloud's users. "I’m happy to announce that together with investors The Raine Group and Temasek we’ve just wrapped up the largest financing round in the history of SoundCloud. This financing means SoundCloud remains strong, independent and here to stay. As I said, we’re not going anywhere."

But while Ljun is publically declaring that SoundCloud will remain independent, it is more likely that the goal for today's investors is a turnaround that leads to a fairly quick sale.

Whatever the end game, SoundCloud and the millions of tracks stored there, are safe for now.