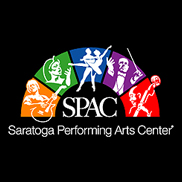 SARATOGA SPRINGS, NY (CelebrityAccess MediaWire) — As the Saratoga Performing Arts Center gets ready to raise the curtain on its recent $2 million interior renovations, officials at the venue are already looking to secure an additional $2.1 million in state funding to upgrade its exterior as well.

At last week’s annual membership meeting for the SPAC, physical upgrades, an improved financial outlook and the approval of three new board members dominated discussions at the facility.

“We’re hoping to get some favorable news in the next couple of weeks from the Legislature,” Facilities Committee Chairman John Nigro told The Saratogian, regarding the possibility of additional state funding. “The redevelopment will be well-though, practical and in line with all of the functions the performing arts center provides.”

If funding is approved by the state, the exterior project would begin in September, representing the third and final phase of a major $10 million overhaul to the 42-year-old amphitheater. Plans call for changing the shed’s façade to a new design and new color scheme to complement the recent interior improvements, that included 5,200 new padded seats.

SPAC suffered a decline in attendance last year, leaving the board cautious about the upcoming season, but still hopeful for success this summer.

Turnout for the New York City Ballet, Philadelphia Orchestra, Saratoga Chamber Music Festival and Freihofer’s Jazz Festival were all off last year compared to 2005, and the ballet and orchestra had losses of more than $1 million each. These deficits were offset by gifts, grants and corporate sponsorships.

The public will get its first look at the interior renovations on May 26 when SPAC hosts a free grand reopening event featuring presentations by Lake George Opera and other performing artists. –by CelebrityAccess Staff Writers