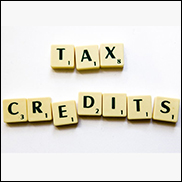 NEW YORK (Hypebot) – In a bit of good news for New York artists looking to save money, it seems the Empire State will soon be joining numerous others by offering companies which create music projects a sizable tax credit.

Everybody likes to save money and saving money on taxes is no exception. That’s why numerous states (like North Carolina and Louisiana) and countries (like Canada) have issued their own versions of a tax break to entertainment companies to lure production to their locations in recent years. Now New York is getting into the act, with a new proposal aimed specifically at music producers.

The Empire State Music Production Tax Credit would provide a 25% tax credit to production companies that create music projects in New York City, and 35% for music produced upstate. This would would cover a variety of production costs, including studio time, instrument and equipment rental fees, engineers, programmers, techs, mixing and mastering services, and even session musician fees. If the tax break is passed (and it looks like it will), the credit would be capped at $25 million per year.

It’s not clear whether this credit replaces or is in addition to the existing Empire State Music and Theatrical Production Tax Credit Program, which is designed to apply mostly to film and television production.

A similar tax break has been an effective way of luring large productions to a particular location in recent years. Louisiana especially has benefited, with many major films produced there in 2014 and 2015 because of the incentive (which has since expired and hasn’t been renewed).

Music is different in that the budgets are small in comparison, even with a major artist, and today most studio costs are absorbed by the producer or artist, if they own a studio. That said, a large tax break could only help the major studios in New York City, which are currently struggling with high real estate prices and a stagnant fee structure.

Basically, if you don’t live in New York already, or aren’t part of a music project with a relatively modest budget, this probably won’t apply to you. That said, it’s nice to know that at least someone in government in New York is looking out for the music community.