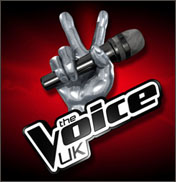 LONDON (CelebrityAccess) — The BBC has denied reports in the British media suggesting that it had canceled The Voice UK, revealing that it has placed a bid on the show for the next season but noted that they do not plan to get into a bidding war for the talent show.

A previous report by the UK-based tabloid The Daily Mirror had stated that the BBC had dropped the program and suggested that it was moving to competitor ITV.

A subsequent statement by the BBC said it will make a "final" bid for the next two seasons of the show, which, if accepted, would see the Voice UK remain on the BBC until 2017. The statement did not indicate how much the national broadcaster offered for the show, but a news report by the BBC said that it was unwilling to pay more than it did for previous seasons.

The show is currently made for BBC One by production companies Talpa and Wall to Wall. ITV bought Talpa for £355m earlier this year, the BBC said.

The Voice became a point of political contention for the BBC earlier this year when a consultant report suggested that the show's format was similar to ITV's rival show X-Factor and may not be distinctive enough. The matter came to the fore as the BBC in negotiations with the overment over the renewal of its royal charter.

Doubts about the The Voice UK's future at BBC were further compounded by the announced exit of BBC's director of television Danny Cohen, one of the show's most vocal champions. – Staff Writers