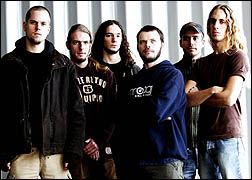 THE NETHERLANDS (CelebrityAccess MediaWire) — Dutch mathcore (its a real genre, look it up) band Textures has been forced to cancel their upcoming UK Tour.

In a statement on their website, a spokesman for the band said "Unfortunately we have had some bad news. Due to circumstances beyond our control we have been forced to cancel our UK dates [through the] end of February."

The statement went on to say "We will back in the UK in April as a support act for a large number of shows, more news on that soon."

The cancelled dates will be rescheduled this summer. – CelebrityAccess Staff Writers