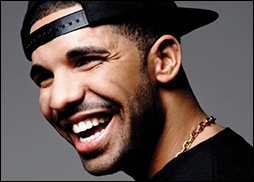 Here a recording artist and A&R executive reflects on how the ways in which consumers listen to music and engage with artists has fundamentally changed with more control now in the hands of the artist, something he refers to as the 'Drake effect'.

As Senior Vice President of Creative & A&R at Reservoir, I work closely with a wide variety of songwriters, producers and artists helping to guide them through the arc of their careers. For some, this is about kick starting a series of collaborative writing sessions for them, helping to get them in the right rooms. For others, it might mean a more strategic, macro view of where we can help take their career from point A to point B.

It is an area I know a fair bit about, given that I spent most of my adult life as a songwriter and recording artist. I was born in Montreal, and moved to the Jane-Finch projects, a notoriously rough area of Toronto right after high school. There, I joined a Canadian hip hop group called Dream Warriors. I met them at an autograph session in 1990, just as they were breaking in Canada. I was 14 years old at the time, and the band liked what they heard in my freestyles, and began producing the demos for my high school group, “Mama Tung”. Three years later, Mama Tung had split up, I was asked to join the Warriors and began touring the world. We had just signed a new deal with a major label, and with the band's growing popularity, there was a sense that 1994 was going to be the year that Canadian hip hop would finally go global. The Toronto hip hop scene was bursting with talent, and there was an emerging recognition that there was more to Canadian musical identity than Neal Young, Bryan Adams and Celine Dion. In hindsight, even though we sold over a million albums during that period, it took literally 20 years before Drake came along to truly fulfill the promise of that era's ambitions for Canadian hip hop. So, it's with some pride as a pioneer of that early scene that so often struggled for legitimacy internationally, that we see our hometown hero taking that torch we passed to new heights that we couldn't have imagined back then in ‘94.

As an artist, it’s been some time since I released any new music; The last time I released a record was 2003. Early in my career I was signed to a publishing deal in the UK by the wonderful Annette Barrett. Annette had worked with David Bowie, Madonna and Sting throughout their illustrious careers and she sort of embodied everything that was good about the industry. She ‘got’ what I was doing right away, and through her tutelage I developed my sound, connected with some established managers, and got a record deal. I thought to myself, if I ever work in the industry as an executive, I’d want to be a music publisher like Annette. Years later, serendipity led me back to her when I joined Reservoir in 2015, and now I get to work with songwriters in the same way that she did with me all those years ago. Life comes full circle.

The industry has changed a lot in the past few years, and despite many of the challenges, there’s no question that technology has changed not just how we access music, but the social behavior around that consumption. The old model, in which artists were up against gatekeepers at every junction in order to connect to audiences, no longer applies. That old structure placed emphasis on the album format; A cohesive body of work that is the core output and statement of an artist. Singles were offshoots from the album to help drive album sales for labels. Today however, you don’t need labels to make artwork, or need them to front the costs of printing thousands of physical products to distribute into every shop around the world. The dissemination platform is in the hands of the creator now, and we don’t listen to music or engage with artists the same way we used to. I call it the ‘Drake Effect’, not because he’s the only one to do this, but because I think it’s a model he’s used to optimal effect. The music paradigm has changed. I would argue it has become less about albums and hit singles – and more about consistency and volume of content released to your audience, no matter what the form of that content is. The body of work has now become all the forms of content artists produce and release to engage with their fan base in social media, YouTube and streaming services. Consistent releases with a volume of content leads to greater engagement with your fan base, thereby activating them. Drake continues to release single after single, sometimes knocking himself off the chart. As his album ‘Views’ debuted in the US at #1, his single ‘One Dance’ did the same on the Billboard 200 chart. Meanwhile between his album and his collaborations with Future and Rihanna, he had an unprecedented 20 songs in the Billboard Hot 100 in one week; …. Volume and Consistency.

All the current talk in the industry of the ‘new model’ as experts have pontificated over what belies the future of the music industry I think is often misdirected. There is no one new model, and the Drake approach, won’t work for everyone. However, it has inspired me to re-think the possibilities of making music and sharing it. For me personally, it’s meant that, these realities now make it possible for someone like me to release music again, easily and rewrite the rules of how to do it. So along with my longtime friend and co-conspirator Brian Rose, plus Alex Donohoe and a team of close friends and collaborators I’ve formed a group called ‘Voo Doo Kids’, with a simple premise:

We will put out one song, per month, every month, until one of us dies.

Morbid thought I guess, but the thinking is that I love writing music, it revitalizes what I do as an A&R, irrespective of how that success is measured and I want that to be a constant part of my life for the rest of my life in some way. My hunch is that people like us, with similar taste for old school hip hop and 70’s folk influences, will find the music and there will be a positive cumulative effect provided we can do a good job of engaging, with volume and consistency. Time will tell if I’m right of course, but it should be fun finding out.

‘Fine’ the debut single by Voo Doo Kids is out now on all digital music services. Voo Doo Kids second single ‘Staring At The Sun’ releases January 13th, 2017. Subsequent singles will drop the second week of every month.

Spek is Senior Vice President of Creative and A&R at Reservoir Media Management, based out of NYC. He is the founder of PopArabia, the Middle East’s leading music publisher and rights consultancy, based out of Abu Dhabi, U.A.E, and founder/chair of the MEMPA (the Middle East Music Publishers Association). Spek is also a member of the Grammy Membership Committee, NY Chapter.