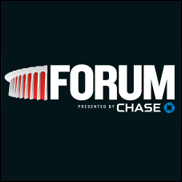 LOS ANGELES (CelebrityAccess) — In the two years since it has re-opened, Los Angeles' Forum has become a major player in the Los Angeles music scene.

According to the Los Angeles Times, forum operator MSG reported that in the first half of 2016, the Forum has hosted 20 major concerts, or 36% of the arena shows in the market.

While that figure is slightly lower than the same period in 2015, it accounts for more than twice the shows held by its leading competitor in the market, AEG's flagship Staples Center, the Times reported.

“We're overwhelmed with the success,” manager and former Live Nation chairman Irving Azoff told the Times. “We’re really excited about how it's been sought after for everything.”

Azoff, who has launched Azoff-MSG, an entertainment company, worked closely with MSG during the 100 million refurb of the Forum after they acquired it in 2012.

MSG calculated the market share percentages based on 56 arena concerts at the top seven area venues including Hollywood Bowl, Irvine Meadows and the Honda Center in Anaheim, the Times said.

At least part of this disparity may result from the dual role the Staples Center plays. The arena serves as home court for a number of sports franchises, including the Los Angeles Lakers and Clippers (NBA), the Los Angeles Kings (NHL) and the LA Spark (WNBA), so the arena has less time to offer for non-sports entertainment such as concerts.

“It isn’t surprising given that 156 of 182 available dates from January to June are filled… that The Forum has booked a few more concerts,” Lee Zeidman, president of L.A. Live, Staples Center and the Microsoft Theater told the Times.