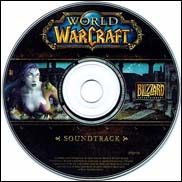 
A circle jerk in a world where nobody has time for anything but the best. I hope you have fun making your long player, because you're the only one who cares!


Are huge. Assuming people are interested. Just watch someone play "World of Warcraft." Then again, WOW is better than your music. People have all the time in the world for that which is truly incredible. We live in a world of hits and misses, there's nothing in between. If you're not the best at what you do, give up or enjoy your third class ride.


Didn't break PSY and it didn't break Kendrick Lamar. Sure, we've still got CDs, some people still use Windows XP, but XP's not the future and neither is radio. We live in an on demand world. If you can't pull it immediately, no one's gonna sit around waiting for it.

You can cut a track in an hour and have it up online almost instantly. But acts take a year to make an album and wait for the right time to release it and be the beneficiary of one shot of publicity. Music is not like a movie. Music, when done right, plays forever. It builds over time, it doesn't spike so much as rise and plateau. Release it when it's ready. There's little money in recordings anyway. Why are you playing the old game?


Take it and you give up control. And in art, control is everything.


22% of Beggars' Group's revenues come from streams, and most of its acts make more money from streaming than track sales. But you refuse to be on Spotify. Then again, you're probably not as good as Adele, Jack White and… Then again, your label probably doesn't give you 50% of streaming revenues, like Beggars does.

Even though you can reach everybody in an instant, it takes longer to make it. And even the biggest stars in the world don't have the penetration of yore. I bet at least a third of you reading this have never heard "Umbrella," or any Rihanna song. But you won't read that statistic in the newspaper, which believes it's still the arbiter of truth and that everybody is reading it.


Fleetwood Mac had it right, if you stop thinking about tomorrow I hope you're happy with today, and knowing this is the best it's ever gonna get. What's the end game for the L.A. "Times"? It balanced the books, reducing its staff and news hole, and now you can get the local info in the "New York Times," and everything else everywhere else. Tribune may have emerged from bankruptcy, but the company ain't going up.


With a bill that high it can't survive. You're not gonna pay your wireless bill and your cable bill. And you can see the shows you want online. Cable is the music business in 2000, it just doesn't know it yet.


No one is going to listen to your music because you sent them an e-mail, tweet or Facebook link. Hope this effort makes you feel good, because it's worthless.


Is the most powerful medium in the world, but the people making it treat it like a second class citizen. They let executives tell them how to change it and die to tie in with companies with different agendas. Want to be a big, powerful success? Make something unique, individual, with something to say, and don't sell out. What was PSY selling again? HIMSELF!


1. Is a revenue producing item for the label, it's how they get their money back.


2. Is a trigger for publicity.


3. Is too long. On vinyl, you were loath to put more than twenty minutes of music on a side. The most classic of double albums, and the cliche is there's not one that could not be a single, fit on one CD no problem.

4. On vinyl there were four key tracks. Openers and closers on both sides. The CD is incomprehensible. You don't know what songs you should check out, so overwhelmed, you ignore everything but the hit.


5. Had its breakthrough with "Sgt. Pepper." If you've got a rock opera or something to say over ten or twelve tracks, be my guest, create an album. But I can't even remember the last cohesive album statement that was any good. This is a straw man.


6. Mainstream publicity is the weakest of them all. Because the mainstream constantly needs a new stream of info. And your product gets brought down by the crap they feature the following day or week. You want word of mouth publicity. And word of mouth publicity doesn't work on albums, but tracks. You want to go viral. This depends on a cut, not an album. The days of hearing a song on the radio and buying the album so you could hear that and more are done. There's not a single in existence that you can't hear alone on YouTube.


7. CDs at gigs are souvenirs. People don't buy them to listen.


8. The fact that your hard core listens to your album is fine if you're satiated with only reaching your hard core. But if you find a musician who's satisfied with the size of his audience, he's not a musician.


9. Network news was killed by cable news which was killed by the Net. People want the latest on demand. And you're dropping an album every year or so? And the radio is eking out the music track by track, if you're lucky? In today's world you want to be in the public eye constantly. I'm not saying you should make less music, just that you shouldn't see it as an album.


10. With the cost of production and distribution so low, it's time to experiment, which is anathema to the dying majors. If you're a metal band with country roots, cut a country song, why not? The album release cycle was a prison, you've been unchained, why do you want to stay inside?


11. The audience has no time. There are too many stimuli. You're looking for the one track that can set off the explosion. And you never know what track that will be, which is why you must keep creating. Otherwise you can make an album that stiffs and your career can be over.


12. The audience is looking for great things. If you create something great, there's a plethora of people ready to spread the word. This is more powerful than any newspaper or radio station. But your track must be great, otherwise virality stops cold. You can buy a few YouTube views but you can't fake virality. The old days of paying radio to play your middling song into a hit are dead.


13. Labels don't want to abandon the album because it changes their revenue model. You've got to pay for the exec's car, his kids' private school, his vacation… He likes the old way, he's gonna fight for the old way.

14. The acts listened to albums so they want to cut albums. Not realizing the way you become a hero today is to do it the opposite or a new way from your heroes. You don't want to do what's already been done.


15. The album will not die overnight. But it's dying as we speak, look at track sales.


16. Sales are miniscule compared to listens. We're going to a listen world, i.e. streaming. It's not whether you sold it, but whether people listened to it!


17. You're the victim of too many bad albums before you.


18. There will always be a demand for superstar albums. But are you a superstar? Furthermore, there are fewer stars than ever before. People don't have time for more.


19. You want a career. Careers live in the minds of listeners, not gatekeepers. The listener wants nothing more than new music. You don't want to go on a date once a year with the love of your life, but constantly. And you don't want to go to the same places and do the same things.


20. Albums were originally collections of 78s. Don't let the format dictate the music. That begat Napster, when there were too many overpriced CDs with only one good track. You've been freed. Then again, it's a wilderness and you don't know where to go.


21. Think outside the box. Don't do it like everybody else does. Make a twenty minute single. Or a two minute one. Issue a challenge to yourself or your audience. This stimulates and creates heat. And what you want is heat.


22. Albums ruled in the classic rock era because of scarcity. You couldn't hear much and you couldn't afford much. You played every cut because it was all you had. It's kind of like dating. Once upon a time you were limited to the people you bumped into physically, now your universe is…the universe! You can even hook up with Russians online! Tell someone to date someone undesirable while they're hanging out at the Playboy Mansion. That's kind of like telling someone to listen to your crap when they can listen to the best music made, which is just as free online.