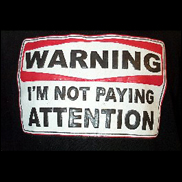 The problem is you're not paying.


Every day I'm spammed by bands. Acts that want my attention. That are bitching how the system is unfair and they can't get paid by Spotify.


But the truth is in the past they'd have to pay to play. I'm not talking at the gig, but in terms of publicity.


Now that publicity is free, it doesn't mean much. The fact that you can send a zillion e-mails does not mean anybody will care. Because all your competitors can send said e-mails too. Everybody on the receiving end is overwhelmed. Art may still be king, but money is second.


What does money buy you? A push from people with a reputation, one consumers and tastemakers will pay attention to. In other words, when you get that TV slot I'm impressed you did. Anybody can have a YouTube clip, not anybody can get on television.

Not everybody is signed to a major label. They pay you and then they spend. And not only does this spend get people to pay attention, it has the imprimatur of quality, because the major label does not take a shotgun approach, it releases very little, less than before, because without the push, nothing gets noticed.


Which is why we know Coachella and not your band that went on at noon. Coachella is spending a ton of dough, lost a ton before it became profitable. The investment was in the festival name, not your band.


In a world where everybody's equal, with overwhelming noise, he who can rise above triumphs. And now, more than ever, that involves money. Not only in art, but politics and business.

Used to be everybody sat at home and consumed, didn't play. They may have had a fantasy of becoming a rock star, but they knew it wouldn't happen. The road was long and hard and fraught with pitfalls. But today, everyone believes that gap has shrunk, that they can hop right over it. But the truth is with all the lemmings hopping, it's the pros, with money, who triumph.


You lament that no one wants to come see you live.


Because money is tight and they only want to see proven acts. Furthermore, in the old days you could play in the local bar at best. And now that bar's switched to canned music or deejays. Because it's cheaper and it makes them more money.


Just because you made it, that does not mean anybody wants to listen to it, that anybody cares.


The music game is harder than ever before, just like life. The winners are rolling in dough and everybody else is worrying about buying a hamburger.


Even the middle level acts, who don't have a label anymore, the one that used to get them on the radio when very few had that privilege, which got them to rise above.


Used to be if your major label release didn't get on the radio, you knew you had a hard slog, as we entered the eighties, it oftentimes meant that your career was dead on arrival. Make money? You were already looking for a day job.


But today people with no radio airplay and no major label effort keep complaining that they're not making enough dough. As if the game didn't change, as if they had risen above and the rug was pulled out from under them.


But the truth is no one's got time for these acts except their fans, everybody else doesn't care. If you don't have a hit, not only do you have no money, you've got few fans. But somehow it's not your fault.

So if you want to win at the music game know that it requires not only time and effort, but money. You've got to do what most other people won't. And that does not mean a publicity stunt. You've got to legitimize yourself.


The truth is EVERYBODY deletes the spam e-mails about the unknown bands. The musicians feel good sending them, but there's absolutely no impact, zero. Because everybody knows that you did it for free.


Most music is barely listened to.


But somehow, as opposed to yesteryear, everybody believes they're entitled to attention and riches.


The truth is Google and Facebook are so damn rich they can provide all these spamming services for free. E-mail is free. Everything is free, including your music!


How can you complain your music is free when you're taking advantage of all the free services to make it and spread the word about it?


The truth is the money is elsewhere.


And it's always about the money.


If you're making none, it's your fault. Stick around, get really good, tweak your act and get someone to invest in it and then maybe you'll have a chance.