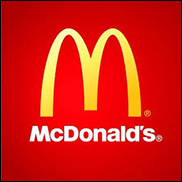 Coke is in a tailspin, McDonald's is dying, a star football player retires after one year of play, Apple offers twenty five TV channels for $30-$40 and SXSW is now a tech, not a music, festival. Dude, what happened to my country?


If you're expecting the past to come back, if you're lamenting the loss of the way it used to be, you're missing today's big story, which is millennials have seized control of the country and their values are not the same as their parents'.


Let's start with McDonald's. Used to be the debate was whether they employed horse meat. But everybody agreed they had the best french fries. Their competition was Burger King, which promised customization, and Wendy's, which offered a bigger burger and slightly better quality. What McDonald's sold was consistency, it was the same everywhere, from Amsterdam to Austin.

But it turns out the younger generation wants fresh. Burger King had it right about customization, but its menu is out of date and too limited. Now it's about where your food was grown and how and if it's bland and boring customers avoid it. Hell, Whole Foods is challenged because their competition, the mainstream markets, have gone healthy and organic too, Whole Paycheck can't charge the same high prices anymore.


And then there's Coke. There was even a hit song based on a Coke commercial. And now not only is the flagship drink history, inroads are being made on Diet Coke. Turns out it makes you fat. And no one wants chemicals. They want water. They want healthy. And Coke is diversifying, but the company is struggling.

And then comes football. The media, controlled by oldsters, and the sport's brain dead fans, would have you believe it's impenetrable, a monolith that cannot be destroyed. But football will be marginalized in my lifetime. Look, boxing took a dive. Turns out someone has to play. And if people can rally to save animals, with PETA, they can certainly rally to save other human beings. Football is just too ugly, you get too hurt. Fans will be pariahs, just like those who still wear fur.


And Apple's TV announcement… This is kind of like digital photography. We heard for over a decade that Kodak and film were going to be in trouble, then seemingly overnight digital photography took hold and the landscape was revolutionized. Photos were suddenly free to take, and everybody took zillions. Which is kind of a good thing. Then again, how many TV networks are going to die. They've all been propped up by cable payments. That's right, the cable companies pay those channels you don't watch with your dollars, that's why they're so profitable. But they do get lousy ratings and people are pissed about their cable bills and…Viacom's channels have already been kicked off a system. Do you really need MTV and VH1? And Nickelodeon's ratings have tanked. As for Philippe Daumann, who replaced Tom Freston (who's backing Vice, which is soon to own news), he's one of America's highest paid executives who's overseeing a failing business. Put Les Moonves in that category too. Turns out Les is not prepared for the future. CBS is in a much better state than its sister company Viacom, but what happens when the payments evaporate, because people are sick of paying and only want the big channels? Like photography, they'll be able to get free stuff in droves online. But the usual suspect cable channels are in trouble.


And then we've got SXSW. Where the big story is Meerkat, not a band. Brands have taken over South By. That's what happens when you're beholden to corporations, they eat your soul and leave you with nothing. A band hasn't broken out of SXSW in eons. It's all promotion. And there's so much noise, you can't hear the music. We need a new festival with fewer bands, but it won't fly because the first thing the pricks in charge will do is sign up sponsors, and you've got death before you've begun.


Like the Firesign Theatre said, everything you know is wrong. Or at least up for grabs. The sands are shifting. He not busy being born is dying.

Challenge your precepts. Look for truth.


People are listening to music, they just don't know what to listen to.


The old guard keeps beating the drum of radio.


The techies are all about playlists and algorithms, thinking scale is everything.


But humanity is everything. Human curation. That's the thread in all these stories. Not machine values, but personal values. Who you are, what you think, what you put in your body.


The world will be saved by people. Who think. And lead thereupon.


I love tech, but it's soulless. The devices are just tools.


We need leaders, who embrace the human values that are transforming our landscape. Who use megaphones not to promote the products of sponsors, but their thoughts on what is right and wrong and how to live.


McDonald's makes you sick and fat.


Cable is far too expensive, and you're paying for what you don't watch.


And tech drives the culture more than music.


We find these truths to be self-evident.


Assuming you've got your head out of your ass, assuming you report to people, with feelings and emotions, as opposed to the dollar.

"How Meerkat conquered all at SXSW": http://goo.gl/qVHgH7