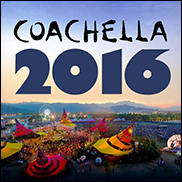 You don't go to Coachella for the bands, but the experience.

Which is why festivals take a while to get traction, it takes time for the audience to spread the word about…the layout, the food, the camping, the toilets… Sometimes the talent gets better over time, but today the lineup's pretty damn good on the first iteration.

And that's what Oldchella is, the first iteration.

Location doesn't seem to be important. It could be anywhere you could fit up to a hundred thousand people, with enough first class lodging surrounding it. Will people go?

I'm not sure I care.

I doubt the younger generation is interested. First and foremost, they're in school, even though it is a holiday weekend. There's just not enough experience there, just music. Played by legendary bands that might not ever play again.

That's the hook. Definitively. See them before they die.

And then brag about it to all your buddies.

That's a baby boomer, it's all about one-upmanship. Driving a better car, vacationing at a better resort and being at the exclusive event. That's what's driving ticket sales.

Unless you've never seen these bands before.

And are there really boomers who have not? It's not like these acts have been off the road, rather they've been on it constantly, raking in dough on their reps.

Certainly that's the case with Bob Dylan, arguably the most legendary act on the bill, assuming you see McCartney as a solo as opposed to the Beatles incarnate. Dylan was a cipher who changed the culture. And although his latest music has been lauded by aficionados, those who still believe their words and opinions define the culture, these records have had little impact, have sold few copies and have had little lasting power. Of course there are those who will argue with me. But are they willing to pay these prices to see the Bobster one more time? I for one will not go anymore. His voice is shot and he changes the arrangements and the songs are unrecognizable. I applaud his continued journey into the artistic wilderness, it's just that I don't want to go along for the ride.

Which brings us to the Stones, the first night's headliner. Stunningly, the last time I saw them they were extraordinarily good. Not processed, but still rough, and that was their appeal. Keith was back on track but it's Mick who carries the show. But am I the only one who feels it's a bit creepy that they're part of this? Didn't the Stones always stand alone? Didn't they bill themselves as the World's Greatest Rock And Roll Band, making us wait forever for their appearances and then ultimately delivering a few classics that got our energy going as well as stirring up our memories? Now they're just one of six?

That's what bugs me about Paul McCartney. I'll argue he's bigger than any of these acts. Because he was a Beatle, and they started it all, the modern music business. If Dylan could still sing and still did his songs faithfully it'd be a toss-up, but the true star of the weekend is Paul. Only his voice is teetering. The band is incredible, the best of the lot. I hear he's singing better since his illness, but Paul's in his midseventies and skills fade. I've seen him multiple times. It's thrilling. Or at least it was until his voice started faltering.

But McCartney has not been hidden, he's been barnstorming for years, even playing Dodger Stadium. Is there any SoCal denizen who wants to see McCartney and the Stones who hasn't?

I don't think so.

Which brings us to Roger Waters. Who puts on quite a show, but performs without his nemesis, David Gilmour, who not only played the stellar guitar parts, but sang so much of the material. Sure, Roger wrote a lot of it, but…

That's intellectualizing it all. The show is quite fine, but it's also played enough for everybody to see it, both in its greatest hits iteration and its complete "Wall" rendition. I'm not saying you won't enjoy it, but I'm not sure you have to see it, certainly if you've seen it before.

Which brings us to Neil Young. Who's had multiple renaissances over the decades, he's refused to trade on the past, he's killed his career to reinvent it and has done this successfully. Hitting peaks along the way. As well as valleys… Can you name one track since "Greendale"? Do you own a Pono? Neil gets a pass in the press, boomers remember his music from college, but he's a wild card in concert. Business faltered and he started saying he would play acoustically, or deliver the hits, but there's no advance word here. Neil could Crazy Horse it to the point where everybody in attendance hits the bars. He's capable of that. Wailing extendedly on deep cuts. And if you think this audience wants hard-edged stuff, this would be a punk revival, not classic rock. Neil could deliver, but will he? There's a good chance he'll be the hit of the festival. But he could just as well be the downer.

Which leaves us with the Who. Who specialize in delivering. Remember that 9/11 concert at Madison Square Garden? They blew everybody else off the stage. Townshend complains endlessly, but he always brings it in the end. Roger's voice comes and goes, but it's supposedly in a good place. And who doesn't want to sing along with "Behind Blue Eyes"?

But do we want to get fooled again?

That's what this whole extravaganza is all about, fooling us into believing that our music still counts and so do we.

Make it a one act weekend, do it like Phish, but make it Led Zeppelin and Led Zeppelin only and that's an event. They've been gone and most people never saw them. Six shows, six different albums. Sign me up for that!

Or maybe next year, after I hear it was a good experience I'll go to see the bands I've never seen. But will people pay this much to see the Moody Blues? Certainly not Loggins & Messina, who I can't get enough of. And Leslie West can still shred but he could not fill the Sahara Tent, no way.

Boomers don't like to stand, but I tell you, I'd have been more interested if it was a cornucopia of old acts, a veritable plethora. Where I could sample and compare notes, tell my compatriots I'd seen them when and now…

But this isn't really a festival but a concert, with seats and…

But it's creepy. Everybody's doing it for the paycheck, there's no other reason, there is no gravitas. Sure, Woodstock was about money too, but it was also a lark, an innovation, who knew what would happen?

And what did happen was a generation was built. On music. And love. And freedom. Woodstock not only united the boomers, it served notice to the oldsters, that their power had been stolen, and this was the culture that now ruled.

So, to quote one of the latter-day Stones song I love, I've got mixed emotions about Oldchella. I'm not gonna predict its box office. Chances are it'll do quite well, Goldenvoice has a great rep and there's a history of concerts on the polo fields.

It's just that it's completely meaningless. Only a must-go if you do go.

The rest of us will sit at home and not care a whit.

Unless they stream it. Then we'll tune in.

Because, as the female with equal stature to these testosterone-fueled titans so eloquently put it…

You don't know what you've got till it's gone.

And I'll argue they paved paradise, they put up a parking lot. It may be filled with people as opposed to cars, but they're both soulless endeavors only about the money. Remember when the Beatles played for free on the rooftop? And the Stones and their brethren performed sans cash at Altamont?

Oh, what a long strange trip it's been.