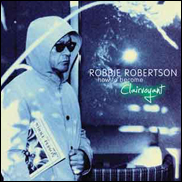 I heard a Robbie Robertson song on the radio today.

Sirius XM's Loft. There's not a terrestrial radio station that'd play the Canadian's new album. Not that he knew that.

I'm constantly scratching my head. These oldsters put out new music thinking it's 1979, certainly no later than 1989, and then they're flummoxed when nothing happens.

This is what they need to do:

1. You've got to know who your fans are.

It's best if you've got everybody's e-mail address. But you need a presence on Facebook and Twitter too. If someone decides to check you out on a whim, which is what fans do, we mindlessly surf to the firing of neurons in our brains, you'd better be readily available online, with up to date information. People will go to Facebook first, but if you've got a Web page don't focus on design but information. Even if you yourself don't post, make sure there's new info EVERY DAY! That's what makes people come back. And if you're posting on Facebook or Twitter it had better be you, nothing pisses people off more than when an impostor, your lackey, posts for you. It's easy to detect, just like boys impersonating girls online and vice versa. Anybody who says you can't tell the sex of someone online doesn't play, it's OBVIOUS!

2. You must be willing to work.

And I don't only mean in the studio. If you're not willing to put in all day every day for the better part of a year, don't even start.

It's like starting all over. All the old media you employed to get the word out is diminished or irrelevant. Chances are your audience doesn't listen to the radio, or if it does, they don't listen to the stations that might air your music. Oldsters listen to NPR. A segment there helps, but it doesn't define. It's best for brand new acts, not old farts. Late night TV is meaningless. If you're friends

with Dave, do it, but don't expect a sales bump. Sunday morning TV is better, as are "Today" and the other morning shows, but don't go on and do happy talk, if you can't say something worthy of restatement/link, you probably shouldn't invest your time. And I'm not saying to whore yourself out, to make stuff up or reveal personal items you don't want to, it's just that TV is a mass medium. And you're niche. EVERYBODY'S NICHE!

3. The music had better be damn good.

And only release that which is good. If that means your album is only four or eight tracks, so be it. Price it accordingly. Don't worry about CDs, chances are retailers aren't even going to stock 'em. We live in a digital world. Focus on MP3s. Don't tell me they sound shitty, that's like lamenting the loss of vents in car windows, that ship has sailed, it's HISTORY!

There had better be tons. And it had better be on YouTube. And don't bother spending money and doing something slick, hiring hairdressers and the like. Buy a camera and have your son or daughter shoot you playing, around the house, and upload this footage. It's not about one infinitely playable clip, it's about having enough stuff up there that if someone stumbles upon you, they can go deeper, find more. That's the mantra of today, not thin for everybody, but vast for those who care. Focus only on those who care. If you're lucky, your new project will grow. But probably not.

You need multiple formats of your project to sell. Not only the MP3s but vinyl (it's a souvenir!) and a photo book and autographed ————————. The most expensive stuff sells first. But make it worth it.

That's what everybody wants. Answer e-mail and people will be blown away. At least show footage from backstage or in your house. Figure out a way to meet the public. And I don't mean at a record store! Do a house concert in each and every state. Have a contest. You show up and play acoustically. Or maybe full bore electric in the backyard. If the police show up, you're lucky! You'll get press, you'll be a local hero. Think local! You can be the biggest news in nowheresville as opposed to the smallest news in the big city. And news from anywhere can be experienced everywhere if it's interesting or funny.

You never know what is gonna go, what's gonna get people's attention and fly. Which is why you've got to do a lot. What'll spread is what you least expect, that which is rough not smooth, the day your hair looked bad and your voice cracked. See this Paul Simon clip for example. This went viral, it had greater penetration than all of the mainstream press, it made Paul look good, it enhances his reputation: http://bit.ly/jczmVa

8. It's not about record sales, it's about your career.

Forget the number, you're trying to regain a place in people's consciousness. If you're not working live when you put your new music out, don't.

This is hardest for oldsters to fathom. But today, everybody's in it together, we're all equal. Don't talk down to us from above, get in the pit with us!

11. Know that youngsters are more popular than you.

The Doobie Brothers could not get arrested with their new album. But they just did a CMT Crossroads with Luke Bryan and blew him off the stage, Tom Johnston can still sing! ( http://bit.ly/iAKfFH ) CMT works, because the audience still believes in it. MTV airs no music and VH1 makes you look like a tool, stay away. Like Tom Johnston, you want to show you've still got it, you want to remind people how great you were…and still are.

Get them to feature your song. It's part of your awareness campaign. And start local. Don't only sing the National Anthem at the ballpark/stadium of your local team, give a free concert after the game. Give back. Show your roots.

Nothing sells itself anymore. It's a constant fight to stay in the public eye. You grow from the bottom up, not the top down. You want to look like you're all about the fans and the music, not the money. Hell, give away a little money, do some charity work, but don't pose for pictures, let the info leak out, just mention it in passing. People hate braggarts. Don't you realize, we're making fun of you! Robbie Robertson with the dyed hair and the slick suits… Huh? Are you a vain banker or a musician? We're old and grizzly, why aren't you?

Buffalo Springfield had this right. Doing Bonnaroo. Shows you're cool and gives you a chance to connect with the young 'uns.

Everything I've said above is known to the young 'uns. Except for those nitwits without talent who utilize TV competition shows to try and make it. Music is a lifelong struggle. You may have made bank then, but if you still want to count musically today you've got to see yourself as broke. Hell, artistically you are!