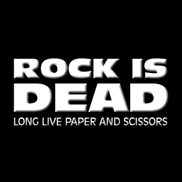 
Not only are the children of the baby boomers pushing thirty, in some cases exceeding that threshold, there's a whole new generation of barely pubescent children who have never experienced free-form radio and sitting in front of the stereo listening to full length albums.


And nothing angers the children of the sixties more.


During the MTV era, at least different genres of music were entertained. It was not only Boy George and Duran Duran, but Bob Dylan and Tom Petty too. There was still a thread to the past. But now that thread has been broken.

It's just not good enough. Sure, he worked with Mark Ronson, but someone was afraid to tell him to push it just a little bit farther, because just like the AM radio of the sixties, Top Forty only has time for the best. If your track is not positively great, it's got no room for you.

Of course Top Forty is a shadow of its former self. The deejays are jive and the playlist is limited. But it's the only radio format, other than country, that truly matters anymore. It's where those truly interested in music, the young 'uns, go to check acts out.


And what they consider a successful act is so different from what boomers revered in the seventies. In the seventies, who the act was was almost as important as the music they made. What their political values were, the eloquence with which they exhibited these ideas. Whereas today's music is purely commercial, and those who make it are only interested in the money.

Lady Gaga's got the same problem as Sir Paul. No one told her "Applause" was not good enough. When you play on a world stage, when everybody is watching, you've got to ace the test, which is why labels employ writing camps, why every record is massaged, there's a ton of money at risk, and they don't want to blow their chances.


Yes, you never hear those at the top of the food chain bitching about either piracy or diminished opportunities in the music business. Because if you're winning at the Top Forty game, there's so much money raining down you can barely spend it, because you're working too hard!


Yes, despite all the paparazzi photos of these stars at the beach, today's young artists work harder than their predecessors, they don't have time for shenanigans, they know that if they don't stay in the public eye, someone else will replace them, there's an endless line of wannabes. All with desire and a modicum of talent. The key is to plug them into the system. Backstreet Boys might be an oldies act, but Max Martin is hotter than ever.


So put on your headphones, pull up Katy Perry's "Roar."


Hold your nose. Close your mouth and listen.


Yes, that's the problem with the wannabes and the whiners, they've got no idea what a hit is. It's not something you need to play ten times to get, it's something you want to hear again before it's finished playing through.


And if you think Katy Perry could construct such ear candy alone, you probably think Alex Rodriguez can win the pennant without the rest of the Yankees. An entire team is involved. The aforementioned Max Martin and Bonnie McKee and Henry Walter and Dr. Luke. Mr. Gottwald and his right hand Cirkut produced. Sure, Katy gets a writing credit, but really she's just the front of

this monolithic enterprise. Sold like a new chewing gum, with online teasers, a tsunami of marketing. Yes, the major labels may still be bitching about piracy, but they truly do get the Internet, they're chock full of marketing gurus who leave no stone unturned.


So where does this leave you?


The fiction is the means of production are in the hands of the proletariat, that people can rise above and take power. But the truth is it's harder than ever to have a hit. First, you can't write it. Second, you can't record it. Third, you can't get the mindshare.


Don't equate this new hit business with credibility and careers, that's got nothing to do with it. Sure, you go on the rocket ship ride and try to expand your personality, give a reason to like you, but Rihanna has evidenced nothing beyond her hits and her figure, and Adam Levine can certainly sing, but he employs third parties to have hits, and we really know nothing about him other than he dates beautiful women, furthermore, we don't want to know more, we don't expect more, we just want more of this ear candy.

Not that all the music has to be light. The sleeper hit of the summer is Lorde's "Royals."


Sure, Top Forty radio may be last, needing proof that everybody else is on board, but "Royals" is an even more infectious track than "Roar." If you don't get it instantly, in second one or two, you're never gonna get it. But that's your competition. Something so instant and magical that you can't sit there and criticize it whatsoever.


And sure, Lorde did it without a team, but she's got one of the three best tracks of the year. And so far everybody else who has made it has not been an unknown.

So, like electronics, like so many other avenues, the level of quality has gone up. We expect the TV to work right out of the box and to be perfect thereafter. And if it breaks, we just buy a new one. This is so different from before. Where imperfect could get a toehold. That's what the Internet and technology have bequeathed, a higher standard of quality.


And I know many of you do not believe this. But the truth is if you don't cut a track that affects us as quickly as "Roar" and "Royals" do you're inherently niche. Most people are not interested, no matter how many hours you've put in.


But it's even worse than that. Because if you're basing your career on live performance, there's nowhere to play. Lorde didn't break on the road, but on radio.


But the point is people only want these excellent songs and if you string enough of them together you can sell out an arena. Sure, the classic rock acts are still plying the boards, but look at the performers at the festivals, they're not sixty to seventy, but twenty to thirty. Just because the boomers control the media, don't think a revolution has not taken place. Yes, we're fourteen years into the twenty first century and we still don't call it the "teens" but the change in the music business has been staggering. And it's got little to do with piracy and more to do with a whole new generation coming into power, who are not beholden to hundred plus dollar an hour recording studios and the construction of album long listening experiences. They grew up in this megahit era.


However, what's truly interesting is it's now about the song more than ever. Despite all the hype about online video, how it's the new MTV, most of these performers have such a thin personality and so little credibility that it does not work when you see them, which is why they surround themselves with trappings when you see them live. Just put them on the stage alone and there's virtually no charisma. Which is why Katy Perry's version of "Roar" at the VMAs fell so flat:


Look at the crowd. You've been at shows. There's little of the excitement of life and performance because it's not about music but show. But music is something that goes in your ears, not your eyes, so listening to "Roar" is a much better experience.


And that's a good thing. First and foremost it starts with the song, the record. Same as it ever was only more so!


P.S. Although his track misses, give McCartney credit for understanding, unlike all his classic rock brethren. He's trying to play the young person's game, he's close.