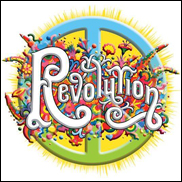 We are experiencing a revolution. Caused by the computer, aided by the Internet, old media monoliths are crumbling and seedlings are popping up all over. The old guard is protesting, wannabes are struggling for a toehold in the decaying old game and newbies are reinventing the media business unchallenged and unknown. And to outsiders, trying to make sense of it all, chaos reigns. Desiring focus, those with loud voices demand a return to the earlier era. But no one can turn back the hands of time. Change has occurred which has caused a rupture in the entire fabric of our country. And so far, no one has been able to make sense out of the result.


Take politics. 18% of Americans believe President Obama is a Muslim (http://bit.ly/bsC0VA). Such delusion wouldn't fly forty years ago, when there were only three TV networks and a Fairness Doctrine that eliminated dissemination of demented ideas. But today, every insane theory and plot has a website, with adherents who refuse to see the other side. They don't have to. Democrats read the HuffPo and Republicans read Drudge. Do you think everyone's going to pay attention to Top Forty music?

Of course not, because they've got choice. Listeners pursue their dream down a zillion different nooks and crannies. The lame Pandora gets traction because no one knows about Slacker. Children embrace Disney stars because their parents haven't yet removed the controls from their browsers. We've got many different camps, oftentimes operating in ignorance. People say there's no good new music because the mainstream outlets are promoting crap. When the truth is music is in a glorious time, you've just got to know where to look. And when you do look, you've got to separate the wheat from the chaff. There are many more acts than before. And most of them are terrible. It's too daunting to delve in.


And then you've got the old guard saying that we've got to return to their way. Which is an impossibility, because of choice.


Then there are the newspapers. Which, like record labels, say they're entitled to survive. But why should I read the national news in the "Los Angeles Times" when the "New York Times" does it so much better and it's just a click away online? Used to be you couldn't read the "New York Times" in L.A. But those days are gone.

And despite its vaunted place atop the print media pile, the "New York Times" doesn't like its authority challenged. But it's got no choice.


Things used to be different. MTV anointed stars and the public bought the records and went to the shows. And radio was complicit, stations played the MTV hits. And there was a limited number of releases, because distribution was a barrier to the entry of independents.

Now anybody can get their track on iTunes and MTV has stricken "Music Television" from its moniker and radio is lost, playing the hits of yesteryear or the vapid concoctions of today in between twenty odd minutes of commercials. People have got choice. And they're exercising it.


It's kind of like the transition from AM to FM in the sixties. AM supporters decried FM. The signal was weak. The bands were unknown. But the free-format stations ultimately killed AM. Music left the AM band completely. And FM acts without single hits were slaying in stadiums while AM acts were lucky to appear on bland television shows and play the lounge in Vegas.


Only now, imagine an FM band with thousands of stations! You've got freedom of choice, but you're not sure how to exercise it.


This chaotic period is coming to a close. Suddenly, there are acts plying the boards with no terrestrial radio airplay who are well known by their audience and can survive quite handsomely in their own niche. But, since there's no longer a pyramid, no longer the anointment of MTV airplay, there's not a defined breakthrough into the stratosphere. The build just continues, slowly, but surely. Yet now the indie acts are not quite so indie, we've heard of twenty or thirty of them. The landscape is firming up. For everybody but the old guard.


The old guard is losing power. It's more expensive than ever to create a hit that fewer people listen to or care about. Top Forty radio is about beats created by producers, radio anthems concocted by committee. It's purely commerce. Whereas the soul of music is elsewhere.


So if you wanna be a rock and roll star…


1. Know that people are looking for music. They're inured to listening online and on the go. More people are listening to more music than ever before.


2. Know that the money is not in music. The money is in tech, on Wall Street. It's not about theft of recordings, it's a change in society. Music doesn't drive it. There's more money in sports. You've got to play because you love it.


3. It takes longer than ever to truly make it. The old wave insta-stardom the major labels specialize in… Those acts never survived the hype in the eighties and nineties, why should they now? Overexposed, they're thrown on the scrapheap in just a few years.

4. Practice makes perfect. Just because you can make music, put it up on iTunes and YouTube and…doesn't mean anybody should listen to it, that anybody should care. Marketing means less than ever before. Hell, if you truly want to make it as a musician, you're better off cutting the Internet cord and practicing and gigging for five years before you put your music online, where people will find it. But traction will be slow. And you might not get rich. Are you willing to sign up for this route?


5. Don't listen to anybody with a toehold in today's music firmament unless they're in the live business. Everybody else is caught up in the tsunami of change and just wants you to keep the old paradigm going. They're clueless. They're royalty still living in the castle trying to fend off a public that's been maligned and is joyous in tearing down old institutions by ignoring them. Yes, that's how the impact of Top Forty wonders has declined. The public is ignoring them.


6. If you're a fan, don't believe anything you read in the mainstream media. Trust your friends. If you find something good, continue to tell your friends. Protest high prices. Support your favorite acts. What the old guard doesn't understand is this is instinct, to only buy what you can afford and only promote what you like. They've been living beyond their means selling crap so long the whites of their eyes are brown and they'll say anything to maintain their lifestyles. That's not about music, but money. But now you only get money if you make it about the music.