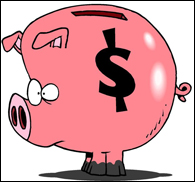 It’s coming from the promoter.

In Aspen, Jim Lewi and Diarmuid Quinn lamented that there was nowhere to get cash anymore. That the label couldn’t afford to fund everything. Where was the money going to come from?

Two weeks later a promoter who was in attendance laughed. He told me the promoter was the new bank! It’s the promoter who’s guaranteeing the tour, but he’s not seen as a partner, the agents and acts just want to extract as much cash as they can, they don’t care about the health of the company that puts on the show.

This same person quoted Howard Kaufman. Irving once told me in a phone call that he had no problems with Rapino, he just had to say "You don’t want me to have Howard call, do you?"

Michael Rapino wanted to change the structure. Wanted acts to share in the upside. But suddenly Howard’s acts weren’t going to play Live Nation sheds. They were going to take a year off, or play indoors. Howard controls the shed sellouts, everything from Jimmy Buffett to Def Leppard to Journey. Rapino caved.

Not that you can blame Howard. He can’t help it if promoters are clambering over each other to pay more. That’s what we’ve got, a pay more world. Where Live Nation and AEG outbid each other. Live Nation needs the business and AEG has got more money than god. But is this helping the industry?

Sure, momentarily it’s helping the acts. But, as a result, ticket prices go up and promoters end up stealing from acts. Who wouldn’t? It’s almost impossible to make any money. And if you’ve got a loss, it’s significant. Used to be the agents/managers/acts would help the promoter out if he lost money, the talent needed the promoter to stay in business. But now that Live Nation is a publicly traded company and AEG is so rich, why?

So the promoter has to cough up a ton of bread. The promoter is the bank. But he’s getting very little in return.

Why can’t deals be restructured? Where costs are covered and everybody shares in the upside? Why can’t labels use some of that 360 money, that live revenue, to develop new acts? Why does the promoter put up all the money and have such little power? Where else do you take all the risk and end up with so little reward?

We’re fighting amongst ourselves and we’re the losers. Live gigs are a once a year event, something planned way in advance as opposed to a weekly or monthly occurrence like they used to be. Hell, tickets go on sale more than twelve months ahead in some cases! And unlike in sports, the teams/acts are constantly changing, so you don’t have a legacy of good will bringing the customer inside the building.

But ultimately, you’ve got to blame the promoter himself. The promoter has to learn how to say no. But he hasn’t yet.

Subject: RE: The Money

This is the Gospel according to Harvey.
I have been giving speeches on "Promoting and the art of saying NO" for
years. Finally it's all coming home to roost! Managers and their agents have
got to get real in this difficult climate. We are lucky…. in the past
recession proof…. but not any more. Live shows are now the main earnings
for artists. If the promoters cannot turn a profit on the bigger acts then
there will be nothing left to invest in the new acts. The record companies
still don't know how to break acts, so its down to the promoters to build up
a following. If great songs are produced they will still sell despite the
record cos. But we have to work together to invest in new talent. And that
means being able to generate enough money to reinvest. Howard and co. live
in the dark ages. SAY NO to stay alive. There is always another act to work
with.

Try being a venue owned by a non-profit and book in-house in a small market.
My only goal is to bring quality acts here without losing money. We did that
last year with Joan Baez and Aimee Mann, but only through the grace of local
sponsors.

Just had a call from an agency in New York wanting to sell me an antique
Motown act (name withheld) at a "bargain" price (due to routing) to end
their week. – $25K, plus $3,500 buyout of the backline, hire 10 local
musicians, pay for sound., lights, security, catering, provide 15-passenger
van for them to drive around and sight-see, etc. And I didn't even finish
reading the rider. And this is for a hall with a little over 1,000 seats.
He suggested we price tickets at $40-$45 a seat. We'd still have to sell
out to break even. I suggested he find an outside promoter. And who wants
to see old Motown acts? You're never even sure if you're getting any of the
original members.

If a booking agency has so much faith in an act, how about they put their
own money where their mouths are? I'd gladly let them have the hall for
free and I'll keep the bar revenue. They can pay show expenses if they're
so sure they'll sell out. Share the risk, indeed. I don't see how
promoters make any money when artists get 85% (and up) of backend after
expenses and guarantees are met.

Glad you are bring this up post-Aspen, as I believe this entire topic got a
bit buried in the din of all the other issues discussed at the conference.
If you recall, when the discussion did come up as to future funding, I
proffered multiple solutions to the now age old question of Who is going to
pay for all this?

I had hoped to stoke a dialogue, but frankly in a room dominated by
promoters and agents, it was difficult to get beyond anything which did not
directly affect the live side of the business. And I have a big mouth.

So here are some of the "investors", in no particular order, who can fund a
marketing campaign without the so-called benefit of a record company–large
or small.

AGENCIES– Who, beside the manager, has more of a vested interest in the
well- being of an act other than the agent? Usually they have been with the
act FOREVER, have nice cash flow and understand that it is one thing to tour
an act who is not releasing current music and another to tour an act who
is…it was understandable that Brent Smith from Wm. Morris chimed in with
an strong understanding of how this can work positively for the agencies as
well as the artist…the agencies have no interest in being record
companies, but simply want the positive results of a well thought out and
executed marketing plan in support of their artists who need this type of
support.

MANAGERS– Don't laugh…although WRITING a check is anathema to most
managers, most of the recent funding for self-released records has come from
the smart managers. If the act has any real income, it is quite simple to
show how you can effectively cash flow a project…believe me, it works as
we have had projects in the last year under this scenario. Remember
heritage acts are different than '90's acts who are different than baby
bands who are different from bands who no one gives a shit about. The
record can be a loss leader or actually something that, under the right
circumstances, can be profitable. It all depends on the reasons WHY an act
is releasing an album and what the anticipated result is. All are factors
in determining how much to spend to support the release. Notwithstanding
some of the ridiculous claims at the conference that marketing is
unnecessary, well that is simply stupid…especially in this day and age of
insane clutter in the market.

PUBLISHERS– Now more than ever. As you know, I've been on both sides, and
the publishers who GET IT always have, always will. Kenny MacPherson/Ray
LaMontagne/Chrysalis Publishing. Period.

These three entities have one thing in common–a deep need for the artist to
be successful and therefore a necessity to sort out the new disorder of
financing. The promoter aspect will work nationally once these new
alliances are all sorted out. That could take a minute. Or two.

Then again, there is ALWAYS your rich neighbor dentist…the one who always
wanted to invest in the music business. These days it is easier to sell
this dream than it is to explain derivatives. And still more fun.

Just say no??……leave it to Harvey to state the most obvious and easy answer to what everyone wants to portray as a complex problem. The landscape is what it is because buyers have insisted on the "I'll pay more than them if I can just get the play" scenario. At least we're starting to see the "NO" scenario played out a bit more often, but not nearly enough. As a nonprofit presenter I certainly have many stories like David Allgood's ……..too many. Just a few from recent memory: The BAD: I email an agent inquiring about the possibility of his artist (paid him 50K just over a year ago) performing at our Gala fundraiser to benefit scholarships to our music school for inner city children. I ask how much, he responds 500K. I ask for an explanation of the jump……..he says "Gala Price". The GOOD: Agent calls wants to put his artist in my smaller theater (300 seats); I say I can't pay the asking price. Agent talks to management, management says they'll play with no guarantee; they set the ticket price and take 90% of the money after approved expenses. They set a ticket price more than double ever charged in that space, sell it out, artist makes fee, we get our money (including bar) and everyone happy. That artist will now play the main theater (1200 seats) in the upcoming season………artist development with help from everyone? Yep. No disrespect intended, but the comments of Steve Backer really began to lose air after the words “album” and “record company” were used.