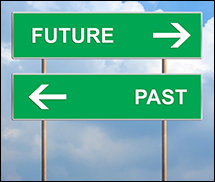 (Hypebot) – In this piece David Emery observes how the music industry has transitioned over time, past the era of downloading and into the streaming age, and why for those able to successfully navigate the streaming economy, there has never been a better time to be a independent musician.

When I started my career in music I worked in what was then known as the New Media department. “This new internet malarkey” we collectively thought “is probably something we should pay attention to. Let’s separate out the people that seem to understand what it is hope they don’t cause too much fuss.”

This was a while ago now. The iTunes Store was but a year old in the UK. YouTube didn’t exist yet. If you wanted to watch a music video your best bet was to wait for it to come on MTV. Your other option was to watch a postage-stamp-sized, sub-VHS quality Windows Media or Real Player streaming link.

All of the talk then – at least in the New Media Department – was of the digital transition. At this point this referred to the transition to legal digital downloads from CDs and Napster. It was a format shift. Vinyl to cassettes to CDs to downloads. The concept was the same as it ever had been – buying music. And the overriding thought was that if the industry can make digital download sales work, and litigate like crazy, then the Napster problem would go away.

In hindsight, it’s pretty clear that all of this – which felt like a revolution at the time – was merely a blip. A stepping-stone. When we look back at the evolution of music industry at the start of this century, downloading, iTunes, iPods, Napster and everything else were just stops along the road, not the destination.

As a marker of how far we’ve come remember how huge Napster was? How it “singlehandedly” ruined the music industry? If they’ve grown at the same speed they were growing last year, Apple Music now has more paying subscribers than Napster had free users at its peak. Spotify has double.

We haven’t got to the destination yet, but I think we can see it coming. And it’s obviously not just another format change.

If you talk to people at labels, they are – for the first time in some time – optimistic. Revenue is growing again. The clouds are clearing. Of course, this isn’t true for everyone. There’s a great article on The Quietus that covers a lot of the alternative viewpoints. And it’s true: the grand, elongated digital transition will not work out for everyone.

The playing field now is completely different. What previously worked, may not work now, and visa-versa. Big companies can weather this storm and have enough resource to figure out what approach works. Small companies may not. Or, worse, may not really make sense any more.

The music industry has been label-based for a very long time, but part of this transition is a move away from that. As ever, nothing is absolute – labels are still important and will remain to be so – but the shift in control towards artists and their teams is clear.

In fact, there has never been a better time to be an independent artist.

If you look towards the end of the article linked to a couple of paragraphs above, you’ll see it talks about how to do well on streaming services you need to be signed to a label of some size to be able to get into the playlists that matter, but – fortunately – it’s much more open then that. There’s a lot more to streaming services then getting on New Music Friday. But even if that wasn’t true, it still doesn’t mean independent artists can’t get on those playlists – for example, if you look at New Music Friday UK this week almost 20% of the tracks on it are from artists that – from the copyright lines at least – own their masters (and that’s not including ones that have licensed them to label).

New Music Friday, and its equivalents on other services, are the closest thing to “how things used to work” on streaming services. They’re easy to focus on, they’re easily digestible, and they mirror how existing media like radio or press have always editorially chosen and championed music. But they are not where these services begin and end.

One of the most interesting things about the shift towards consumption of music through streaming is the knock-on affect it has in terms of the data it can reveal. It is the benefit of a pocket-sized super-computer being the music player of choice. At some point in the in-between of now and the aforementioned time when Realplayer was a significant player in the market, there was an explosion in analytics tools aimed at the music industry. You had to have one – so we were told – otherwise how would you know what was going on with your campaign?

They were, of course, useless.

Tracking useful stats like social numbers, Wikipedia hits and video views, they were an amazing tool at informing you exactly what you already knew. I vividly remember one time that someone – a fan of these tools, that will remain nameless – shouted across the office “Hey – there’s a massive spike in the data on 18th Feb, it looks super interesting, do we know if anything happened that day?”

“Yes.” Someone replied. “The album came out.”

Now though we are in the age of analytics, because the data that can be revealed tells you stuff you can’t possible find out any other way. And not just curiosities, but genuinely useful data that can tell you things like “Do people actually like this track?” Or “Where did people find out about this?”

And this is where it comes full circle, because the bedrock that these services are built on is this data. It drives their editorial decisions, but also drives lots of things that can get you in front of those editors just by people – real people! Fans! – liking a track. A good example, but by no means the only one, are the algorithmic personalised playlists that both Spotify (Discover Weekly) and Apple (My New Music Mix) have. These automatically collate a selection of tracks that a fan might like not based on market share, or whether the account rep took the right person for a long boozy lunch, but based on data.

Do people like this track? Are they listening to it all the way through? Are they adding it to their music library? If the answer is yes, let’s recommend it to a whole bunch of people that possibly wouldn’t have heard it any other way.

This reaction begets further reaction. Until you are brought to the gatekeepers, the editorial team, but unlike how it used to be, you’ve made your own case through the stats you have. And these stats are everything other then plays, becuase plays don’t tell you whether people actually care.

This isn’t just some sort of pipe dream, and I say that because it sounds almost utopian, but it is happening every day, every week, to brand new artists.

But this doesn’t happen for everyone. Some music is, sad to say, less appropriate for streaming then others. This can take multiple forms. For example, I was privileged enough to work on some of Scott Walker’s records. Bish Bosch, to take one of them, is an album so experimental that I have probably only listened to it 3 or 4 times. But I still want to own that record on vinyl. Each of those plays had more importance then a hundred listens from some playlist. But that sort of experience just doesn’t work, at least in revenue terms, when streaming.

Another example would be around the topic of globalisation. It is actually a huge strength of these services that ties back again to the breadth of the data used, which means that plays of your music can – and will – come from anywhere. In fact it’s difficult to get to a decent amount of streams – good enough to look at earning a living from, at least – without that coming from a multitude of places. And again, here is the issue – some music, for whatever reason, just does not travel. Maybe due to language, or maybe down to cultural reasons, or maybe something else. This doesn’t devalue it in terms of its worth as a piece of art, but it does potentially devalue its worth on streaming services.

It’s the same as it ever was, but all switched around. It has always been challenging to make a living from music. That is still true. Some people have managed to make a living, and some people have been massively successful. Those are both still true. But the difference is that artists and the genres in those categories are all switching around. There’s more potential now to get into those last two brackets than there ever has been before, but that doesn’t make it true for everyone, and for some people that it did work for before, it might not now.

For the growing amount that can make a living from it, the ones that are successfully navigating the real digital transition, this future shows a lot of promise.