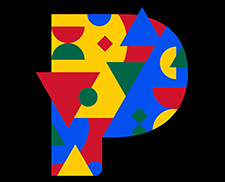 (Hypebot) – As America's demographics shift, so too do its music consumption habits, and it looks as though Latin music could be coming out on top, despite what some might assume to be language and cultural barriers.

Is 2017 the year of Latin music? As the demographics in America shift, what is defined as “mainstream” music and could Latin dominate? Is the United States at large ready to embrace this music, despite the language and cultural barriers?

It’s a compelling narrative being thrown around in the wake of the monster success of Luis Fonsi and Daddy Yankee’s “Despacito,” along with other tracks like J Balvin and Willy Williams’ “Mi Gente.” But how realistic is it to think that the broader embrace of the Latin genre will continue to grow amongst all demographics?

There have been parallel moments in which Latin American artists and genres have found openings into the mainstream markets throughout the 20thcentury, and on into the new millennium. Artists like Richie Valens and Perez Prado, on through to Santana, Jose Feliciano, Los Lobos, Selena and Ricky Martin, have all found entry ways into the pop culture lexicon. But these moments have been somewhat fleeting and have not been enough to uplift the genre beyond their inherent barriers to gain larger general market acceptance.

With the current Latin music craze of 2017, what still remains to be seen is under what terms Latin music and artists are allowed a place at the table in mainstream music going forward.

Speaking on behalf of the label that released “Despacito” earlier this year, Universal Music Latin Entertainment (UMLE) President Victor Gonzalez shared his insight on the topic,

“I feel that Latin Music has always had mainstream appeal. The difference now is that streaming is more democratic and provides more windows to expose Latin artists and music with less prescribers or filters. The explosion of ‘Despacito’ this year is the best example of how the Latin genre can be embraced by the mainstream in the U.S., Europe and Asia. Looking forward, I feel artists including J Balvin are carving a new path for the entire Latin Industry will continue to thrive across the globe including those territories that don’t have a large Spanish speaking populations.”

Whether or not Latin music achieves broader mainstream success, whatever that may actually look like, of the utmost importance is preserving the authenticity of the product, without diluting the traits that make the music unique. Part and parcel with this goal is creating an understanding and acceptance that Latin music has infinite disparate variants, and that Latinos in general are not a homogenous culture. Forcing the musical output of almost 1 billion people across two hemispheres into one genre does a tremendous disservice to the artists and the music.

This is beautifully illustrated in looking at the top markets for Latin music in the US as reflected by the artists who are at the top of listening consumption in each respective market. Of course, there are some constants across all regions with a handful of Latin artists who have achieved broad success within the Latin genre. But also mixed in are the artists who share a common culture with the inhabitants who populate key metropolitan areas. Looking at the artists that bubble up on these lists is a fascinating way to track the movement of Latin American diasporas in the US.

West Coast: The Mexican influence on the west coast highlights artists like Banda MS, Jenni Rivera and Alta Consigna in Los Angeles, and Julión Álvarez, Calibre 50 and Ariel Camacho in the San Francisco Bay Area, respectively. This is just a high-level look at some of the bigger artists.

Pandora has allowed seasoned fans and newcomers alike the opportunity to tap into the diversity of Latin music like never before, making the most obscure genres readily available. With this increased visibility, it seems quite likely that Latin music will continue to insert itself into arenas of mainstream music in new and exciting ways.

As Leila Cobo, Billboard’s executive director of Latin content and programming, notes, “…streaming platforms have opened up a stage for Latin music that didn’t exist before and that has allowed the music’s global appeal to be highlighted.”

Ultimately, we may come to discover that mainstream success and acceptance is irrelevant. Latin music is already mainstream, on its own terms. Just ask the hundreds of millions of Latin music fans around the world.