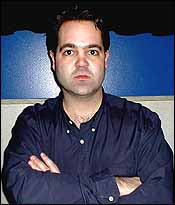 (CelebrityAccess MediaWire) –The World in Pittsburgh is closing on July 17, a scant three months after promoter Jon Rinaldo opened the club in the Strip District.

"It's a sad, sad situation," Rinaldo told Pittsburgh Live. The lack of a liquor license and a high payroll are some of the reasons as well as the downturn in the concert industry that he says has trickled down to smaller shows. The Bouncing Souls concert earlier this year drew 400 fans; in the past, at the former Club Laga in Oakland, the band attracted 1,000 fans.

"The concert industry seems like it's imploding on itself," he told the paper, adding that he believes the cancellations of tours by Britney Spears and Christina Aguilera are not only due to the singers' physical ailments, but poor ticket sales.

Rinaldo will move most of the 25 shows scheduled for The World to Nick's Fat City on the South Side; the James McMurtry concert on July 18 will be moved to the Club Cafe, South Side; and shows featuring D12 (July 30) and Face to Face (Aug. 19) are tentatively scheduled to move to the Rock Club in Station Square.

Rinaldo considered riding out the summer with hopes of booking bigger artists in the fall, "but I also thought if I try to keep this going, I might destroy my business I worked so hard to build," he says. "I thought it was better to cut my losses and close the facility." — Bob Grossweiner and Jane Cohen