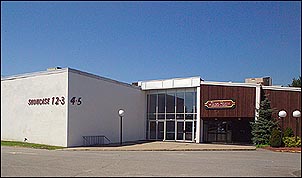 BURLINGTON, VT (CelebrityAccess MediaWire) — Alex Crothers, owner of the promotion firm Higher Ground, told CelebrityAccess today that indeed there will be a resurrection of the club Higher Ground. After just finishing a very active outdoor promoting season Crothers, and his partner Kevin Statesir, are ready to attack the long Vermont winter with the grand opening of their new venue.

The old Higher Ground was open for six years, from April 15, 1998 through April 25, 2004, and set new standards for live music clubs in the state of Vermont. In the short time they were open, they created trusted relationships with most of the major agents, and managers, and consistently attracted the “A” names of touring for facilities of their size.

Crothers said “we are renovating an old five screen movie theater in South Burlington. The new Higher Ground will have two venues in one facility, with a projected 900 capacity ballroom, and a 250 listening room for developing artist. They are working with industry leaders to provide state of the art sound and lighting for both venues, as well as being able to fly production.”

The venue is a stones throw from University of Vermont’s main campus, as well as one mile from downtown Burlington.

Contact information for the venue, until they get open, is as follows:
Higher Ground
Alex Crothers – Talent Buyer
1 Main Street
Winooski, VT 05404