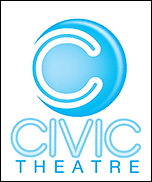 TOLEDO, OH (CelebrityAccess MediaWire) — The Mayor of Toledo, Carty Finkbeiner, has launched an investigation of local promoter who had been tapped by the Mayor's office to rehab the Toledo Civic Theatre, a part of the city-owned Erie Street Market.

According to the Blade, the promoter, Robert Croak, had been summoned via subpoena to a city council meeting called to look into concerns of some city council members that the Mayor had acted improperly in retaining Croak to renovate the Toledo Civic Theatre, a part of the city-owned Erie Street Market.

Croak appears to have a somewhat checkered past with a conviction for forgery in 2002 when he reportedly falsified records to obtain a liquor permit and he has been arrested but not convicted for underage alcohol sales, according court records. The Toledo Blade also reports that Mr. Croak is in arrears with his state and federal taxes to the tune of several thousand dollars.

Croak had been tapped by the Mayor's office to rehab the 2,200 capacity venue and the Mayor's office spent almost $80,000 on the project, including $9,000 to Croak's company, The Verso Group for "interior painting, new security pit, and moving estimate," the Toledo Blade reported.

The Mayor aroused the ire of the City Council by not seeking authorization to spend the $80,000 but justified his actions by noting that the money was spent to cover numerous contracts, none of which exceeded the $10,000, minimum limit required for city council authorization.

The council meeting resulted in a resolution that urged the mayor to be more judicious in who he conducted business with. The resolution appears to be symbolic however and has no apparent means of enforcement. The investigation launched by the Mayor's office is ongoing however.

"We are working on the investigation, and until the investigation is complete and I have a recommendation in hand, I can't say what we are going to do," Robert Reinbolt, the Mayor's chief of staff told the Toledo Blade.

Reinbolt has also stated that while Croak would continue to book events at the venue that the space could be rented from the city by other promoters. Croak responded by noting that he would not permit other promoters to use his lighting or other equipment.

"Obviously, I would have to work out a rental agreement because I did not pay all the money for someone else to use it," Croak said.

Even that seems a matter of some contention however and ownership of said lights has been called into question. The Blade reported that Anthony Varwig, owner of Headliners at 4500 North Detroit Ave claims to own the lights, and has filed a police report asserting that Croak removed the lights without permission from Varwig's club.

In the meanwhile, The Toledo Civic Theatre is open for business with an active calendar of performances. Upcoming gigs include The Flobots on August 16th, Chiodos with The Showdown on August 29th, Frijid Pink on August 30th and Gaelic Storm on September 7th. – CelebrityAccess Staff Writers