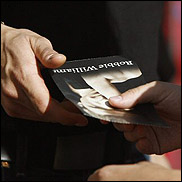 NEW YORK (CelebrityAccess MediaWire) — There's a lot of uncertainty lately about how the difficult economic climate is going to affect the live sector of the market this summer and some artists are looking to take a pro-active approach to putting butts in seats.

Dave Matthews Band, Keith Urban, U2 and No Doubt are among the touring acts who've announced that they plan on offering "bargain" ticket prices for their tours – tickets to the tune of $20-$30. This appears to be a pretty good price-point for fans, who've been contending with increasingly-expensive ticket prices in recent years. According to Billboard, the average price for tickets to the top-ten touring acts in 2008 topped $150 dollars.

USA Today reported on some of the specific deals being offered by artists with tour plans for this Spring:

Keith Urban and his Escape Together tour is offering selected seats for $20 and without transaction fees.

Taylor Swift's Fearless Tour, slated to hit 52 cities starting on April 23 is fielding tickets as low as $20 in most markets.

No Doubt is providing fans with tix at $10 & $25 price breaks at some of their amphitheater shows.

U2's monster 360 Tour which hits the US in September will have about 10,000 tickets available per stop for as little as $30 in some markets.

Dave Matthews is looking to sell 2/3rds of the tickets to his tour for an average price of $40.

Phish is getting in on the action too and is offering fans a chance to buy tickets for their Summer tour at a 25% discount.