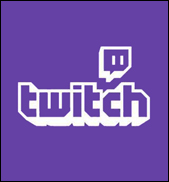 (Hypebot) – Twitch is known for livestreaming gameplay action and is rumored to be in some stage of acquisition by Google/YouTube. Live videos can also be stored and highlights videos can be created. Such videos often have copyrighted music playing in-game or in the background. Twitch is now moving to use Audible Magic's content id to identify and mute offending stored videos. They're also ending permanent archiving of broadcasts with deletions beginning in 3 weeks though they're now making vague claims about storing highlight videos "indefinitely."

Twitch is in the process of transitioning from a fairly wide open live streaming and storage platform to one with a number of more or less reasonable changes unless you were already using the product. This transition is being widely interpreted as preparation for acquisition by Google/YouTube. Of course if that doesn't happen it also prepares them for acquisition by any number of possible suitors.

Two primary changes seems to be happening. The most widely noted is the addition of Audible Magic's content id to address music copyright violations. Currently this will only be applied to stored/view on demand (VOD) broadcasts and highlight videos. Broadcasts in the process of being livestreamed will not be affected.

Since Twitch stores video in 30 minute chunks, muting will occur for the whole 30 minutes if any audio is identified at infringing. Given that we're talking about both ambient and in-game music, this could lead to a lot of muting.

The other big change relates to storage. Twitch was indefinitely storing broadcasts and offering video on demand. In 3 weeks they will start deleting stored full broadcasts after 14 days.

Folks can export broadcasts to YouTube (ironic?) but Twitch had to take the exporter offline due to sudden high demand as broadcasters move to not only save past broadcasts but, based on the comments on Twitch's blog, to leave Twitch.

Highlights will be limited to 2 hours and "saved indefinitely" which means they're making no commitments to saving them beyond the immediate short-term however long they end up storing them.

On the bright side for disappointed users, Twitch is planning improvements:

I have to wonder how music licensing fits into all this. Since the domestication of Twitch fits a Google acquisition scenario, given that acquirers typically want you to make controversial changes before their name is on the product, one has to assume that they'll be handling any possible licensing negotiations.

If they can livestream without muting video, then the problem becomes licensing for archived Highlights videos. And that's a problem YouTube seems to be dealing with successfully if not to everyone's pleasure.