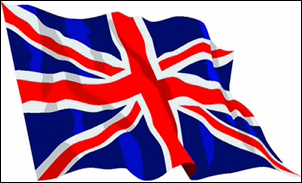 LONDON (VIP-News) — On August 3 the British government announced plans to modernize and reform U.K. copyright law following up on recommendations contained in the Hargreaves report commissioned by British Prime Minister David Cameron and a technical review by telecoms regulator Ofcom. The most significant decision is the scrapping of the government's plan to block copyright infringing websites.

The blocking of filesharing and other copyright infringing websites was a key provision of the Digital Economy Act, but that has now been scraped as is it "not effective" and "extremely complicated to implement," according to Ofcom.

A recent U.K. court ruling ordering U.K. ISP BT to block access to the movie rights infringing website Newzbin2 is also seen as a key factor in the decision. That court order rendered the introduction of web-blocking laws largely irrelevant, argued some observers.

The government's decision to scrap web-blocking has, however, been criticized by sectors of the music industry.

"Government has recognized that blocking such sites could help to reduce levels of infringement, but that there needs to be a more effective framework that enables speedier action than would be possible under the relevant DEA provisions," Taylor continued, urging the government to "act urgently to put in place effective means to protect consumers, creators and UK jobs from the impact of illegal foreign sites."

The government's wider plans to modernize and reform U.K. copyright law were unveiled by Business Secretary Vince Cable, who was speaking at the British Library in London. One of the key proposals is to allow individuals to make digital copies of CDs and DVDs to play on other devices.

The planned reforms are in response to Professor Ian Hargreaves' "Digital Opportunity: A Review of Intellectual Property and Growth" – an independent report on copyright law, commissioned by British Prime Minister David Cameron, which was published earlier this year. Hargreaves' report contained ten recommendations for relaxing U.K. copyright law, all of which have now received government backing.

Included among the ten proposals outlined by the British government is:

•The creation of a cross-sectoral Digital Copyright Exchange, thereby easing the process of selling licenses for rights owners.

• Legalizing the currently outlawed practice of copying content from a CD or DVD to a computer or portable device, such as an iPod. In addition to legalizing 'format shifting' this reform would also have important ramifications regarding the introduction of digital music lockers in the U.K.

• Copyright exceptions to allow parody to be introduced. "Newport State of Mind," a take on "Empire State of Mind" by Jay-Z and Alicia Keys, which caused a viral sensation in 2010, has been cited as a parody work that would be allowed under the newly proposed laws. Although the track is still accessible on many websites, EMI initially fought to have it removed from streaming and video services.

•Licensing and clearance procedures for orphan works (material with unknown copyright owners) to be established.

•The introduction of an exception to copyright law for search and analysis techniques known as 'text and data mining,' thereby by-passing the need for permission from copyright owners. Research scientists and medical researchers were identified as the core beneficiaries.

"Bringing the laws more up-to- date to have a proper balance which allows consumers and businesses to operate more freely, but at the same time protect genuinely creative artists and penalize pirates," said Cable, who predicted that the U.K. economy would benefit by £7.9 billion ($12.9 billion) resulting from the proposed changes made in copyright legislation.

The government also revealed the next steps in how it will deter internet users who repeatedly access copyright infringing material – another key provision of the Digital Economy Act. Beginning in the second half of 2012, infringers will be sent a warning letter telling them their internet connection has been identified as linked to unlawfully shared copyright material. Consumers who want to appeal will have to pay a £20.00 ($32.80) fee which will be refunded if the appeal is successful.

"We are pleased that Government has again reaffirmed its commitment to the Digital Economy Act," said Taylor, in response.

"Other countries like the U.S. and France are already taking decisive, swift action on piracy and the U.K. must not fall behind if we are to deliver on growth," he went on to say.