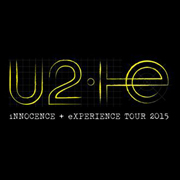 PARIS (CelebrityAccess) — Rock band U2 canceled their Saturday night concert in Paris in the wake of the wave of deadly attacks launched against the city on November 13th.

The band was scheduled to perform as a part of their Innocence + Experience tour at Bercy Arena for a concert that would have been broadcast live on HBO. In a statement, the band indicated that the show and broadcast was likely to be rescheduled.

In a statemnet posted on their website, the band said:

As a result of the ongoing state of emergency across France, the U2 Paris concert scheduled for 14th November will not be going ahead as planned. U2 and Live Nation, along with HBO who were due to live broadcast the Saturday concert, are fully resolved to go ahead with this show at an appropriate time.

Speaking from Paris the band said:

“We watched in disbelief and shock at the unfolding events in Paris and our hearts go out to all the victims and their families across the city tonight.

We are devastated at the loss of life at the Eagles of Death Metal concert and our thoughts and prayers are with the band and their fans.

And we hope and pray that all of our fans in Paris are safe.”