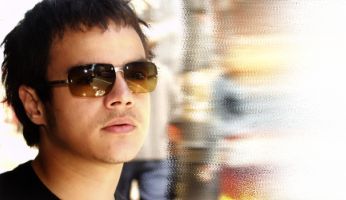 A self-taught pianist has landed one of the biggest jazz record deals in history after signing a £1m contract with Universal.

Jamie Cullum, 23, convinced record company bosses that he had the crossover appeal that would win both jazz and pop fans to become the "David Beckham of jazz".

The Wiltshire musician revealed he had sparked something of a bidding war between Sony and Universal to secure his signature.

He said he had "not even remotely" expected to land a major record contract and had released his first album, Pointless Nostalgia, through a small specialist label.

"I made it with my own money and it was to sell at my gigs. I didn't think it would ever have been picked up by a smaller label like it was.

"I was just playing piano in bars, doing it to get better as musicians do," he said.

Although classed as a jazz musician his eclectic sets include Nirvana's Heart Shaped Box and tunes by Radiohead and Jimi Hendrix.

He said: "I think there are a lot of opportunities in the music business for different types of music at the moment, and it's a good time to be making records.

"I'm not playing hardcore free jazz, this is a lot more modern. I think it could open up a new market.

Cullum started out playing guitar but moved to keyboards and now plays piano, electric piano and Hammond organ as well as singing.

He said he did have a few piano lessons when he was younger but gave them up and taught himself, and has been performing professionally since his late teens.

"I'm just going to enjoy it and take advantage of the power of a big record label."

His first major release is expected in September and bosses hope to team him up with Radiohead producer Nigel Godrich.

Universal marketing director Dickon Stainer said: "Jamie Cullum's destiny is to become to jazz what David Beckham is to football."