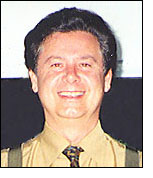 PALM BEACH GARDENS (CelebrityAccess MediaWire) — With the recent acquisition of Fantasma Productions in Florida by Live Nation, Steve Peck, responsible agent for the artists of Fantasma Tours International has announced that he is opening "Diversified National Artists" immediately. The new booking agency, also known as "D.N.A" will retain the entire Fantasma artist roster and will be announcing the addition of several new acts in the very near future.

"This has been in the works for awhile," said Peck, "I absolutely respect the folks at Live Nation. With the changes at Fantasma, it just made sense to proceed with this plan."

The veteran artist representative began his career in 1977 and worked with notable agents Bobby Roberts and Buddy Lee among others. Since the inception of Fantasma Tours International in 1997, he has directed all operations at the West Palm Beach based talent agency. Peck continues; "Of course I have some mixed emotions. Eleven years is a long time to be in one place. Jon (Fantasma Productions President Jon Stoll) passing away at such a young age was tough on all of us but, I believe his spirit remains with us in this new venture." While continuing to maintain their base in Florida, D.N.A. will open offices in Los Angeles, Chicago, Nashville and Las Vegas.

The L.A. office will be headed up by the manager/agent combination of Rich Rees and Obi Steinman who will concentrate on West Coast business. As for the disposition of Rees's current roster of artists at Earthone, Rees told CelebrityAccess that "I am planning to merge my national acts Roster completely with DNA. I will retain earthtone as a vehicle for launching new and upcoming talent."

Rees will also be working on developing new talent and mentioned several tours in the works. "the ones im very excited about are Roger Hodgson the voice of Supertramp who I brought on board recently, as well as Young Dubliners who are the best live band I have ever seen. I am also very excite about a new band from LA I just signed called Sugarwall. I think they are the next Maroon 5, watch out for this band." Rees said

Long time agent and musician (Lovin' Spoonful), Mike Arturi will run the Chicago office and focus on the Midwest. D.N.A.'s Las Vegas operations will be overseen by radio and music industry veteran Wayne Coy who will handle casino clients in Vegas, Laughlin and Reno in addition to radio station shows nationwide.

Peck's fellow Fantasma alum, Jeff Miller will work with him out of the agency's brand new offices in Palm Beach Gardens, Florida until Peck relocates to Nashville later this summer. Miller's primary territories will be the South and Northeast.

Rounding out the Diversified National Artists team is Artist Manager and creative consultant Jake Hooker (The Knack, Edgar Winter) who will lend his years of marketing expertise to D.N.A. The new agency will also have an international presence, with the addition of agents that will specialize in overseas booking. "I am so excited to begin this new adventure," Peck continues; "This will be a team in every sense of the word. We all have one thing in common and
that is aligning ourselves with great people and incredible talent to provide the best possible service to our clients and artists. We're fired up and ready to do business." – CelebrityAccess Staff Writer