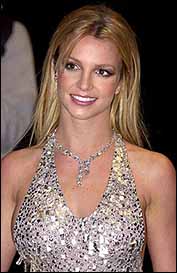 The cancellation of Britney Spears' June 14 concert at the United Spirit Arena in Lubbock, Texas was caused by the overheating of the venue's main transformer, according to Jim Bush, the building's technical director. "What happened is we went by the specs that the building had when it opened (three years ago)," he told the Lubbock Avalanche-Journal. "We just had an equipment failure. What can I tell you? Transformers sometimes fail. This one did…It's a blessing we had 14,000 people in here and everyone went home safe.

Because of the power demands, Bush said they brought in an additional 400 amps over what they were rated (via two additional transformers). The arena's transformer capabilities are 2,600 amps of power.

"This is as big a concert, in terms of power demands, as you're ever going to get anywhere. It stretches everything to the limit. We stretched everything, and equipment failed," he said. "We're going back to the original drawings and we'll be back on line, and improved, by next week. We'll be ready to go long before the Eagles' (June 28) concert takes place here."

Bush said that concert promoters Concerts West told them they "went above and beyond, that we'd done everything we promised, and that they would not hesitate a second in bringing another show back here.

"We've spent years building a good, solid reputation for this arena in Lubbock (on the campus of Texas Tech)," he added. "We want to keep that. We take it real seriously."

Arena officials are trying to work out a replacement date and a ticket refund plan.