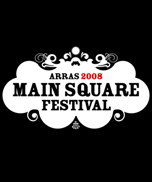 ARRAS, France (VIP-NEWS) — The addition of the new multi-day event brings Live Nation’s portfolio of festivals around the world to 30 in total.

Alan Ridgeway, CEO International Music commented: “Our festivals are a significant driver of our international business and the acquisition of the Main Square Festival marks our first step in building world leading festivals in France, which is the fifth largest music market in the world.

Combining the talents of Jackie Lombard, France Leduc and Herman Schueremans will ensure the continued success of the Main Square Festival and will be a springboard to creating further festivals in France.

Furthermore, by leveraging our global database, concert products and other
offerings, we expect to be able to further monetize Main Square through the creation of
additional revenue streams as we have done with our other festivals around the world.”

The Main Square Festival takes place each year in the beautiful UNESCO World Heritage town square of Arras, in Northern France, situated 50 kilometres from Lille and 200 kilometres from Paris.
The festival was launched by France Leduc in 2006, with Depeche Mode and Muse headlining the first edition and drawing almost 25,000 people each day.

The 2008 edition took place this past weekend (4-6 July) with headliners including Chemical Brothers, Mika and Radiohead.

The acquisition also includes other events organised by France Leduc on the same
site which this year include Celine Dion on 7 July and Rock En France festival with Metallica
headlining on 14 August.

Herman Schueremans, President of Live Nation Belgium and founder of the 34 year old award winning Rock Werchter Festival, has been actively involved in the 2008 edition of the Main Square Festival and will continue his involvement in the development of this and other festivals in France, in collaboration with France Leduc and Jackie Lombard, President of Live Nation France.

Herman Schueremans added: “It’s been a pleasure working with France Leduc this year to bring some of the Rock Werchter experience to the Main Square Festival and music fans in France. I look forward to further developing this over the coming years.”

France Leduc added: “The involvement of Herman in this year’s festival has been a huge benefit and will greatly enhance the experience of the fans that come to Arras over the next few days. I am looking forward to working closer with Live Nation to continue the growth of their business in France.”