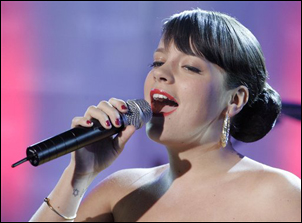 WASHINGTON (CelebrityAccess MediaWire) — The modern security-conscious age wrought by the "Global War on Terror" has brought about significant changes to the way in which we live and the live touring industry is no different.

Tighter restrictions on what are known as P-1 visas and the pace of digital innovation in the music industry have made it virtually impossible for American Immigrations authorities to keep up. This, according to the Wall Street Journal, has led to 3 major tours by UK artists to be canceled in the last month alone, on top of 10 other tours scuttled by similar problems in the last year.

Pop sensations like Lily Allen had to back out of a string sold out dates, adding her name to the growing litany of artists that have canceled dates, along with Mercury-prize winning band The Klaxons, the New Model Army, M.I.A., Rodrigo y Gabriela and the Happy Mondays, to name a few.

The biggest issue seems to be the lack of awareness that the arm of the Department of Homeland Security which issues visas, the Citizenship and Immigration Services has about the latest and greatest in hot bands. The burden of proof falls on the band to prove that they have been "internationally recognized" for a "sustained and substantial" period of time.

"We're not Simon Cowell. We're the people who have to know why this group qualifies," Robert DeJulius, an adjudications supervisor at CIS told the WSJ.

The complexity for the process has been compounded. According to the WSJ, since 2001, everyone named on an application must appear at a U.S. embassy for fingerprinting and retina scans instead of having their paperwork handled by a consulate.

The cancellations hurt more than just the artist and fans. They also a significant impact on U.S. businesses as well. The WSJ reported on one stop on Lily Allen's canceled tour, the 1,500 capacity Crystal Ballroom in Portland, Ore., which spent a Friday night dark instead of netting 10,000 in rental fees and the local promoter, Monqui Presents was out 2,000 they spent in advertising for the date.

Some are taking an aggressive approach to dealing with this bureaucratic hedgerow however. The WSJ reported that New Zealand has formed well-funded a music commission to support NZ artists in touring the U.S. and it appears to pay dividends as at least three NZ bands are slated to play at the upcoming CMJ. – CelebrityAccess Staff Writers