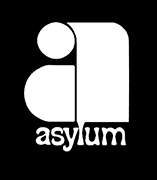 NEW YORK (CelebrityAccess) — Warner Music Group has relaunched the iconic Asylum Records label in the US, led by the hit record "Water" from the label’s first signing, rapper Ugly God.

The latest incarnation of Asylum will be led by long-time WMG executive Kenny Weagly, who has been named President, with veteran producer Dante Ross coming aboard to serve as Senior Vice President, A&R.

“Asylum was founded with artistic freedom as its guiding principle,” said Weagly, “and the new Asylum expands on that ideal by believing in and supporting our artists’ visions for their music, as well as when and how they want to release it. Our mantra is nimbleness and flexibility – the ability to tailor-make deals, from singles projects to multi-album careers – for original artists across a spectrum of genres.”

The Asylum brand was originally launched in 1971 by David Geffen and Elliot Roberts, both former William Morris agents. As recounted in Mark Bego's Joni Mitchell bio, Asylum came about after a failed pitch meeting between Geffen, Elliot and Atlantic Records boss Ahmet Ertegun. Geffen told Ertegun that if he signed Browne, "You'll make a lot of money." Ertegun replied, "You know what, David, I have a lot of money. Why don't you start a record company and then you'll have a lot of money."

As a result of the conversation, Ertegun staked the label with Atlantic handling the distribution and a 50/50 profit split. The Asylum team would go on to sign a series of artists who would become music industry luminaries, including Linda Ronstadt, Glenn Frey, Joni Mitchell, Don Henley, Tom Waits, and Bob Dylan, who recorded "Planet Waves" and "Before the Flood" for Asylum.

The label was acquired by Warner in 1973 and merged with Elektra Records, with the latter label gradually taking prominence until the Asylum label effectively disappeared by the mid-1980s. In 1992, Asylum was reformatted into a country music outlet, and then again in 2003 as a hip-hop-focused label under Curb Records. As well, a UK version of the label has operated since 2009, releasing material from artists such as Cee Lo Green and Ed Sheeran.