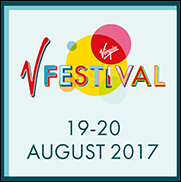 LONDON (CelebrityAccess) — Organizers for the V Festival announced that the event will rebrand and expand after longtime title sponsor Virgin announced that they were ending their association with the festival.

Virgin's Richard Branson made the announcement that they were ending their association with the festival via Twitter and a blog post.

"V Festival has always been a special weekend for everyone at Virgin. We’ve been proud to sponsor V Festival for the past two decades and there have been some incredible performances on the stage. Now, after 22 very enjoyable and successful years, 2017 was Virgin’s last V Festival," Branson wrote.

"Looking back on the wonderful history of V Festival has reminded me just how far Virgin has come. Who would have thought that an idea to sell cut-price mail-order records would grow into a record label, let alone a unique music festival – and so much else besides? We wish Live Nation every success with their future plans. We would like to thank them for a brilliant partnership over recent years," Branson added.

In an interview with Music Week, Festival Republic's Melvin Benn said the festival will continue and will likely expand to three days in the future.

“The festivals will continue, we have the announcement later in November of the replacement name,” Benn told Music Week. “We are looking forward to the new festival now, it’s just something that we are incredibly excited about.”

“It will very much continue to have a pop and dance focus,” Benn added. "We will have a complete refresh and it's likely to go to three days. I believe the demand warrants it – the demand and the talent are out there."

The festivals, which debuted in 1996 are held simultaneously at two locations — Hylands Park in Chelmsford and Weston Park in South Staffordshire — with a shared bill.