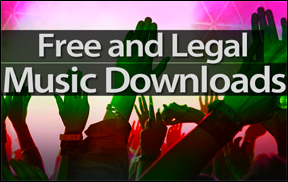 CANNES, France (Hypebot) –Qtrax was the rising star of the music industry on Monday morning. But 24 hours later after all four major labels denied having deals with the company Qtrax was labeled by some as a pariah.

Why would a company fly Don Henley and James Blunt to Cannes for a splashy launch that many estimate cost $1-$1.5 million knowing that the major label deals they were touting were not in place? Some observers see it as a negotiating tactic. imeem and several other Music 2.0 companies built large audiences without deals in place and leveraged those audiences into additional financing and agreements with record labels and publishers. But none to my knowledge – and certainly not imeem – ever claimed to have agreements that didn't exist.

Another explanation may be stock manipulation. Qtrax is controlled by Brilliant Tech Corp (BLLN) who's penny stock has languished at 5 cents for more than a year. But on Monday rafter the announcement the price almost doubled to 9 cents before falling back to a 4.5 cents after revelations from the label.s And now speculators willing to gamble that Qtrax will complete the deals have raised the stock to 5.5 cents.

Qtrax has struggled for more than two years to create a model acceptable to the record labels. Was this a desperation move to return value to early investors? Who, if anyone profited? These are questions that hopefully will be investigated in the coming weeks.