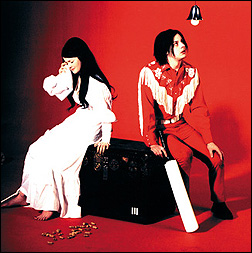 (VIP NEWS) — Rock band The White Stripes have cancelled their appearances at the Reading and Leeds festivals, which will take place at the end of August.

Singer Jack White is still recovering from a hand injury he suffered in a car crash and has pulled out on doctor's orders.

They will be replaced by Black Rebel Motorcycle Club, organisers said.

Blur, Linkin Park and Metallica will headline the events, with acts playing at both sites over 22-24 August.

White fractured his finger in a car accident in Detroit earlier in July.

"I am sure that everyone going to the festivals will join us in wishing Jack a speedy recovery and we look forward to the White Stripes returning to headline at the 2004 Carling Weekend: Reading and Leeds Festivals," a statement said.

The duo have already been forced to pull out of the Witness and T in the Park festivals.

The White Stripes' latest album, Elephant, went to number one in the UK in April and is one of the UK's best-selling albums of the year so far.