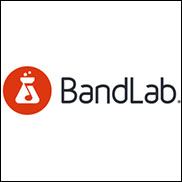 (Hypebot) – News emerged yesterday that Singapore music creator community and collaboration platform BandLab bought a 49% stake in Rolling Stone. For those unfamiliar with BandLab this might have prompted a ‘What? Who? Why?’ moment.

BandLab is the creation of Kuok Meng Ru, the son of one of Singapore’s most wealthy and successful businessmen Kuok Khoon Hong who founded and built the world’s largest Palm Oil business.Unsurprisingly the father has backed the son in his venture and so, yes, Rolling Stone has been bought, albeit indirectly, with Palm Oil money. But the question remains, why?

Kuok Meng Ru has a bold vision and ambition for Bandlab, he sees this as an opportunity to create a full stack music company from the ground up, built around the next generation of creators rather than trying to carve a slice out of the incumbent industry. There is no doubt that the music industries are a complex web of inefficiencies and that if they were being redesigned tomorrow that they would be a far more streamlined, effective and transparent proposition. This on the surface makes the music business ripe for disruption. But unlike fully open markets like the smartphone business, the music industries are interwoven with complications such as de facto monopolies, statutory licensing frameworks and global networks of reciprocal agreements. All of which shelter the business from the full impact of disruption. Change happens slowly in the music business.

None of this means that change is not happening and that the rate of change will not continue to happen. But the odds are heavily stacked against a single entity aiming to unseat the marketplace with an end-to-end creation-to-marketing-to-distribution solution such as BandLab. Don’t get me wrong, I love the concept of BandLab. As a life long musician and as a music super fan, it is exactly the sort of platform I would probably build i.e. a musician’s platform for musicians. But the harsh reality is that the majority of consumers (67%) are casual fans and less than 5% create music and upload it to the web. BandLab is a platform full of cool creator tools and community features. It nurtures a creative feedback loop between fans and artists. In fact, it adheres neatly to the principles of Agile Music that I laid out in 2011 and it fits in with the zeitgeist of the death of the creative full stop. But a mainstream proposition it is not. At least not in its current guise.

Kuok Meng Ru wants BandLab to do to music what Flickr did to photo sharing and creativity. But there are many, many more people that create and share photos than create and share music. Soundcloud is arguably the single biggest cloud creator platform, yet the vast majority of its growth happened when it cowed to investor pressure and pursued the listener rather than the creator. As I said last month in a Bloomberg article about BandLab, There’s always going to be far bigger audience of listeners than there is of creators. And unfortunately the vast majority of aspiring creators are not good enough, nor ever will be, to amass sizeable audiences. If BandLab decide to start licensing in established repertoire, or acquiring it unofficially (Soundcloud style), then it can build audience at scale.

Where Next For Rolling Stone?

So, back to the title of this post, just what is BandLab up to with Rolling Stone? Rolling Stone and BandLab plan to open a Singapore subsidiary focused on live events and marketing. For Rolling Stone this means diversifying revenue and growing its South East Asia footprint. For BandLab this means leveraging Rolling Stone’s brand as a short cut to credibility and extending the promotional capabilities of its creator platform. Who will do best out of this deal is hard to say. It’s a tough time to be a news publisher and so when big money comes calling it is hard to say no. But whether this is the right deal for Rolling Stone is another question entirely. My money is on Rolling Stone being sold on in reduced circumstances some time within the next 3 years (5 at the outside) when BandLab either gets bought or refocuses its ambitions.