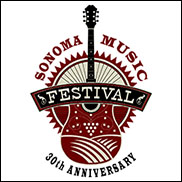 SONOMA (CelebrityAccess) — After a 29-year run organizers for the Sonoma Music Festival announced that they were canceling the event, in the face of "very low" ticket sales.

"Unfortunately and despite a great line-up, with the announcement the huge Desert Trip Music Festival just after we went on sale and the competition for ticket sales that created in California, we decided we could not in good conscience put our Sonoma Music Festival and the wonderful local charities we support at risk by staging it this year."

Set for October 7-9, the fest featured a lineup that included Toby Keith, John Fogerty, and the Steve Miller Band. The festival, formerly known as the B.R. Cohn Fall Charity Concert, was intended as a fundraiser for the Field of Dreams baseball youth athletic facility in Sonoma.

“If you look at our sales, we normally sell a thousand VIP seats for the weekend, and we’ve sold 288,” festival organizer Bruce Cohn told the Press-Democrat at the beginning of September. “We would have sold 4,000 tickets total, maybe 5,000 at the most. With that, we would’ve had a huge loss at the end.”

Cohn told the Press-Democrat that he hopes to revive the event next year, but at present, he is still working on reimbursements for this year's canceled event.

“This is the end for this year,” Cohn told the Press-Democrat. “It’s not the end of the festival if we can salvage it. We’ll have to see where we end up. I’m working with my board of directors to come up with ways to make sure everybody is properly reimbursed.” – Staff Writers