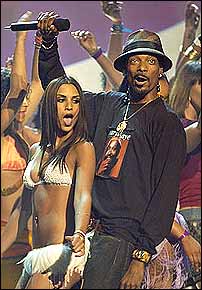 (CelebrityAccess News Service) – Snoop Dogg and the Snoop-a-delics, Ludacris, Obie Trice, Lil' Jon and the Eastside Boyz, Suga Free and Hi-C and Dilated Peoples are performing at what is being billed as the world's biggest outdoor hip-pop concert and festival on October 4 at the Glen Helen Hyundai Pavilion in Devore, CA. More artists are to be added.